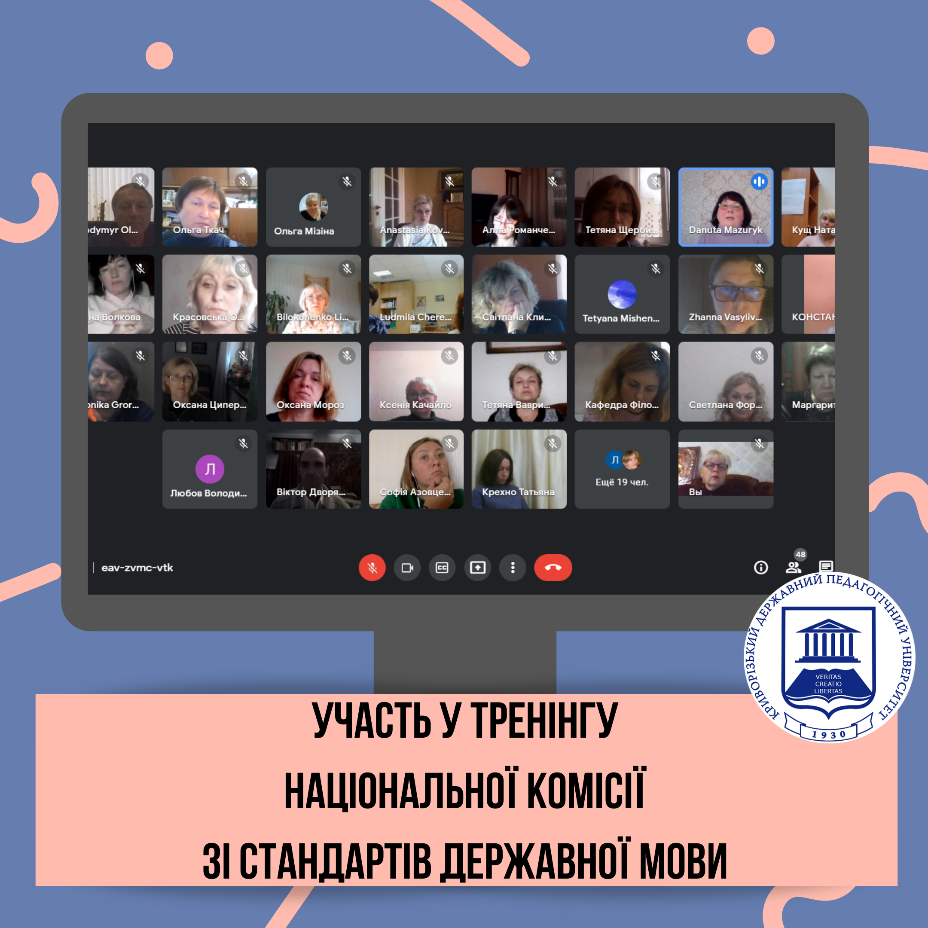 In September 2021, the Head of Department of Ukrainian Language of the Faculty of Ukrainian Philology of KSPU and the teachers of this department joined an online training organized for those wishing to become examiners in the exams of civil servants in Ukrainian language.

The main purpose of the event was to train future examiners who will conduct an exam to determine the level of proficiency in the state language among employees of all ranks (from ministers to school principals and those who start working in a certain position). This event was organized by the National Commission on State Language Standards. 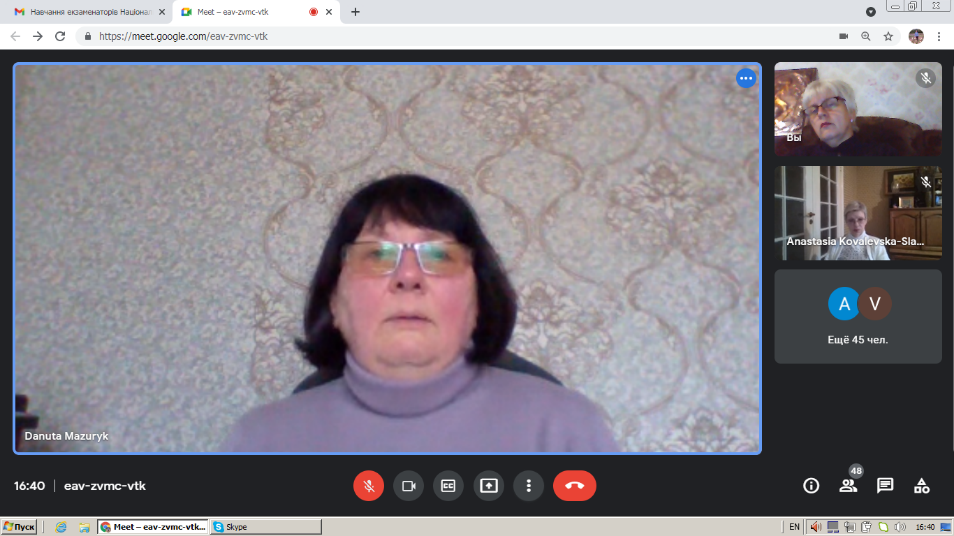 The participants heard a report by a member of the National Commission on State Language Standards D.V. Mazuryk, who spoke about the main activities and tasks of the commission, as well as elaborated on the job responsibilities specified in the relevant Law of Ukraine. 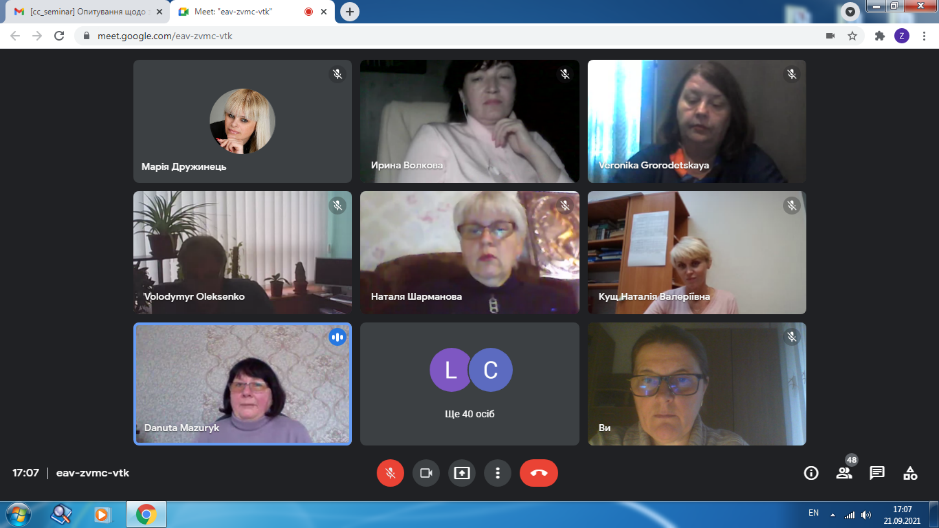 The main issue for consideration was the system of exams, which contains elements of combined proctoring, which helps to assess the communication skills and abilities of applicants for the job of civil servant.

At the end of the meeting, future trainings for those, who want to become an examiner were planned and discussed.