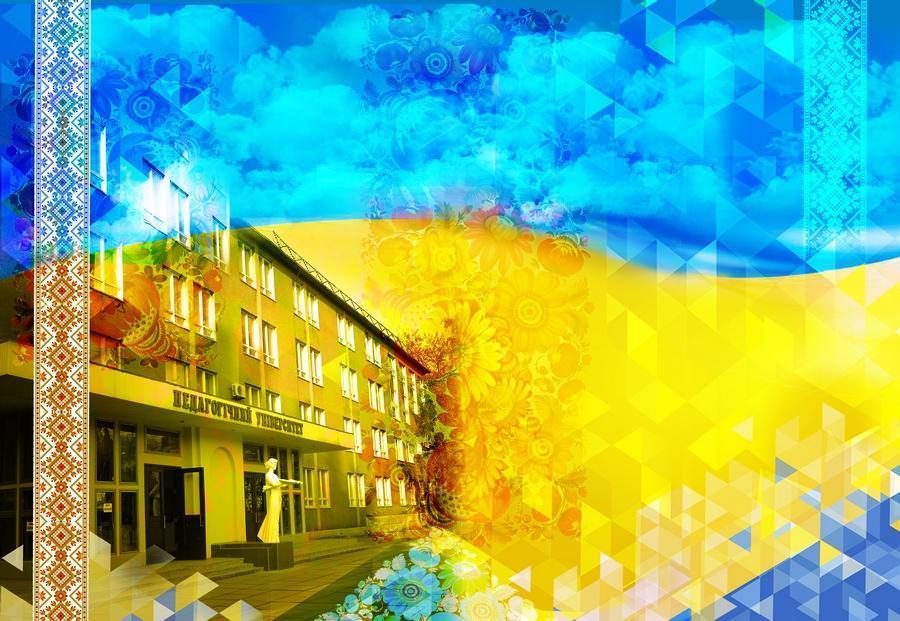 Kryvyi Rih State Pedagogical University is the center of innovative educational and scientific activity as well as methodological researches; is it also the educational, scientific, cultural and national-patriotic center of the city and region.

The University is the cohesive and motivated team of lecturers, staff and students.

The mission of the University is to train highly qualified competitive specialists, professional for all levels of education and other fields of activity, to obtain and disseminate modern world-class scientific knowledge.

The University emphasizes the further development of the education sector as strategically important for the economy and security of the Ukrainian state and as an indispensable condition for social progress in general. The University is aware of its responsibility for the future of the country and conducts its activities in response to the challenges of today.

The University as an educational and cultural center sees its vocation:

– in the preparation of the Teacher, who encourages the Student to constantly search for the Truth and in joint creative activity leads the youth through discoveries, teaches mutual respect, cooperation, co-creation and nurtures the high ideals of Freedom;

– in the teaching of educated, creative, free personality, who is able to withstand any challenges of civilization and is capable of full harmonious functioning in the living conditions which constantly change.

Considering the Knowledge as a fundamental value, the basis of civilization progress and acting in rapidly changing conditions, the University encourages lifelong learning, forms a new generation of citizens. These citizens seek self-organization; are able to resist destructive processes; adhere to the requirements of critical thinking; are devoid of stereotypes; are focused on the perception of the latest trends, constant self-improvement and self-realization as well as intercultural interaction in a multicultural society; respect the linguistic, ethnic, gender, religious and cultural identity of all members of society.

The University is a center of socio-cultural space of a powerful industrial region, a platform for scientific research and a place of implementation of innovative projects, which promotes the dissemination of relevant knowledge and activates the cultural and educational development of the city and the region as a whole.

The University has always been and is a supporter and defender of the values and achievements of the Ukrainian people, a conductor of state ideas. It worthily fulfills its high mission of educating the younger generation in the spirit of patriotism, nurturing of national dignity and consciousness. The basic values of the University’s educational activity include preservation of traditions, respect for the native language and for the historical past as well as tribute to the heroes of the present, which are organically combined with the latest education trends, democratization of the educational process and educational reform.

The organization and implementation of educational, scientific and administrative activities of the University on a democratic basis of openness and publicity, tolerance and non-discrimination, non-partisanship and civic responsibility is the evidence of European maturity of the university system, its confident movement to the leaders of pedagogical education in Ukraine.

The fundamental values that determine the principles of the University are evidenced in its motto: “Truth, creativity, freedom”.

The further development of the University is connected with the preservation of traditions, the introduction of innovations and persistent, creative work in educational, scientific and cultural-educational areas.