Congratulations to the bachelor graduates! 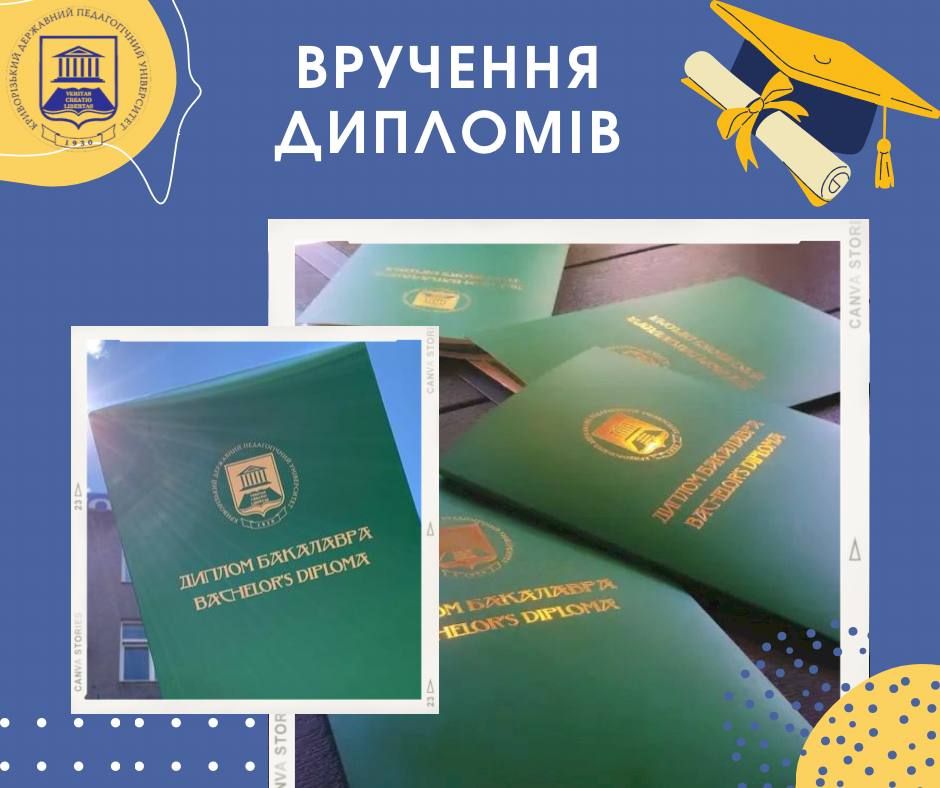 On the18th of July, in Kryvyi Rih State Pedagogical University was held a ceremony of awarding diplomas to graduates of the fourth year.

April 28, 2022 by Pylnyk R.O. The curator of the academic group with applicants for higher education held an online curatorial hour on the occasion of the Day of Remembrance of the Chernobyl tragedy. Applicants for higher education received a brief historical background on the man-made catastrophe of 1986, honored the memory of the dead and injured. Current areas of nuclear energy, prospects and dangerous challenges of wartime were discussed. 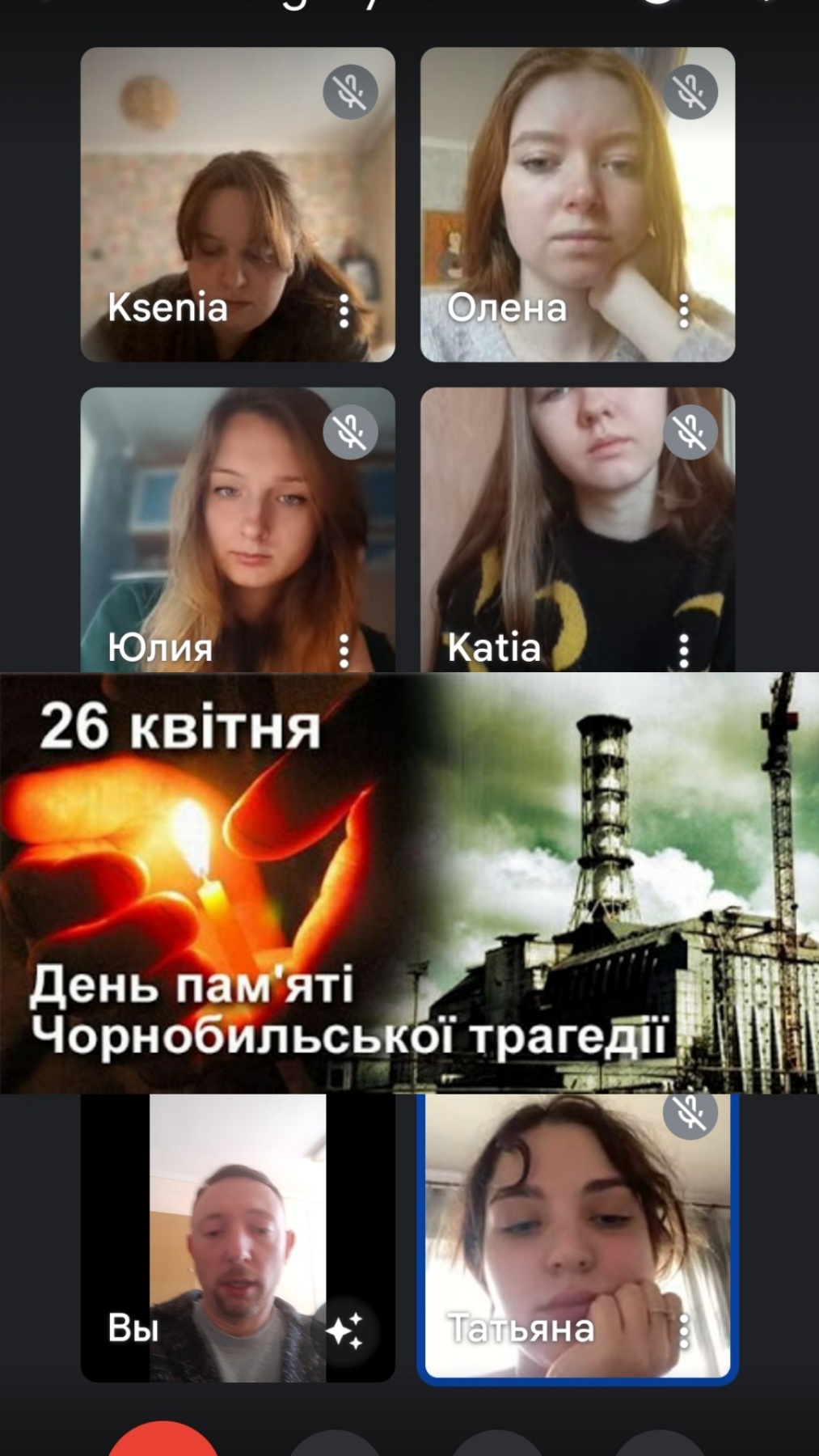 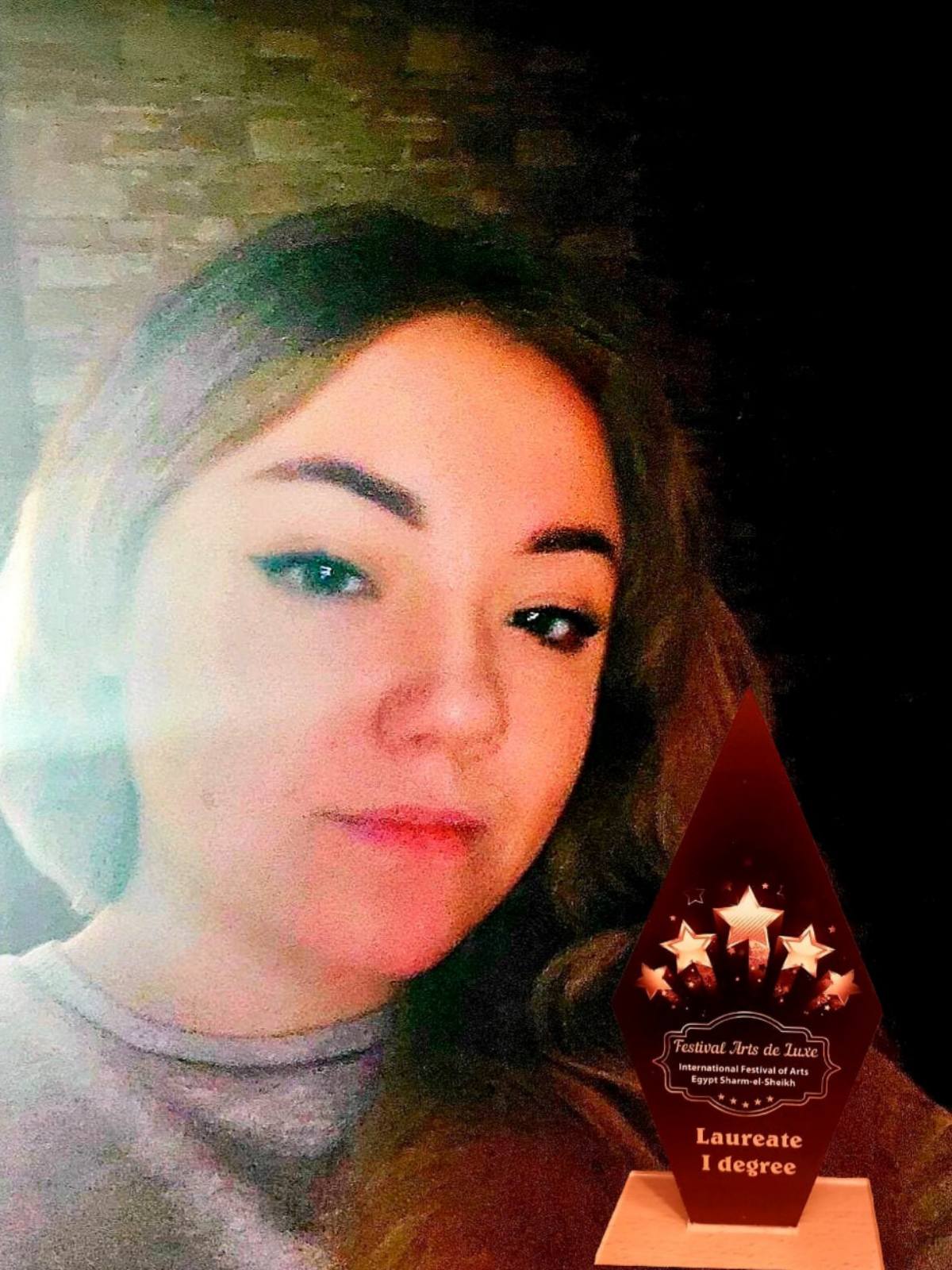 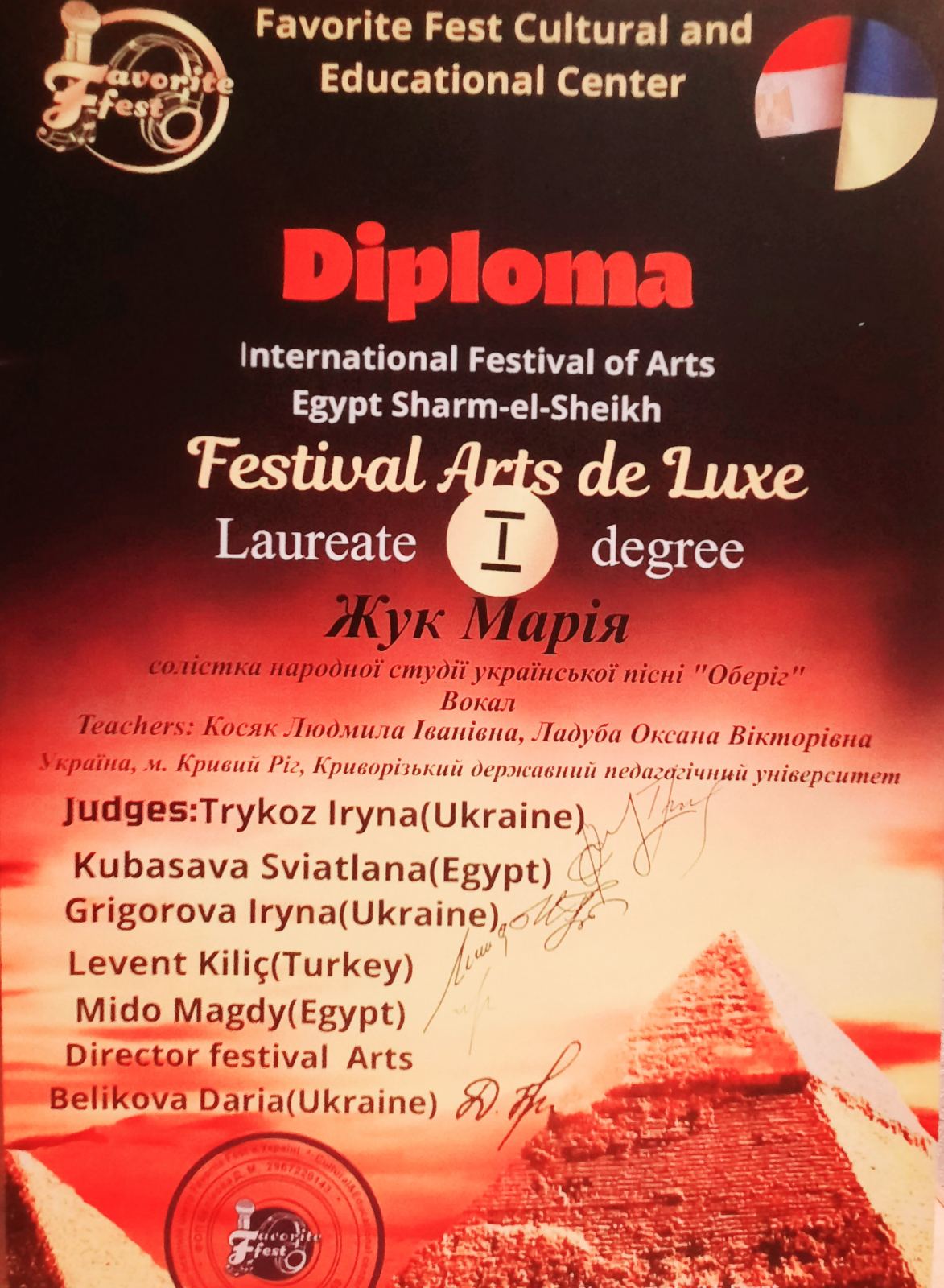 We congratulate Mariia Zhuk – the soloist of the folk studio of Ukrainian song “Oberig” (supervisor – L.I.Kosiak, concertmaster – O.V.Laduba) with the victory in the International Festival of Arts “Festival Arts de Luxe”, which took place on December 5, 2021, in Sharm-el-Sheikh (Egypt). 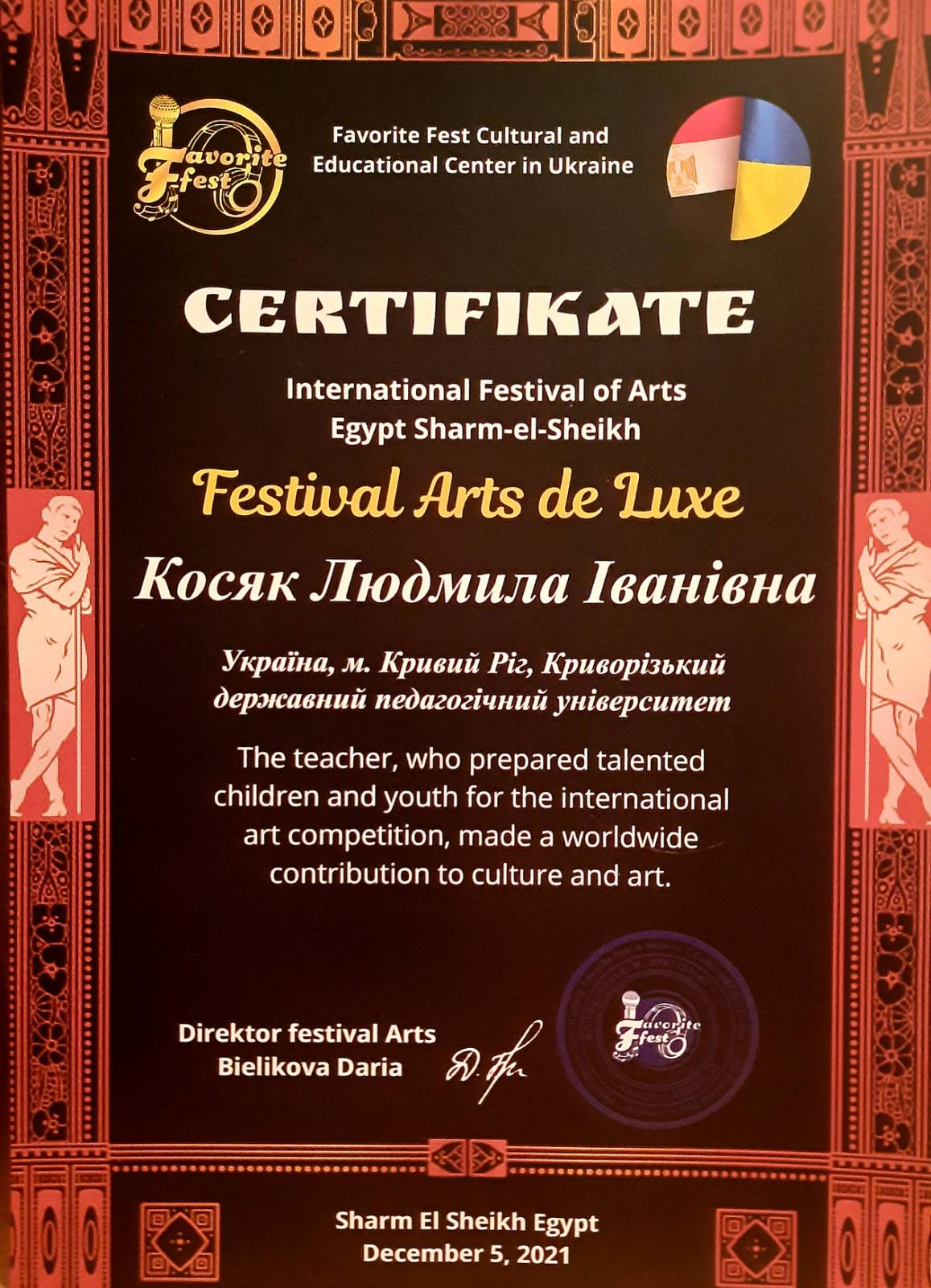 May success accompany her in her further creative vocal activity!

Elena Kutsarova and Tetiana Romashchenko, master’s students of the group “ТОАм-17”, took part in the international online-seminar “Teacher education of the 21st century: new challenges and solutions”, which took place from November 10 to December 1, 2021, on the SKLAD ONLINE EDUCATIONAL platform . 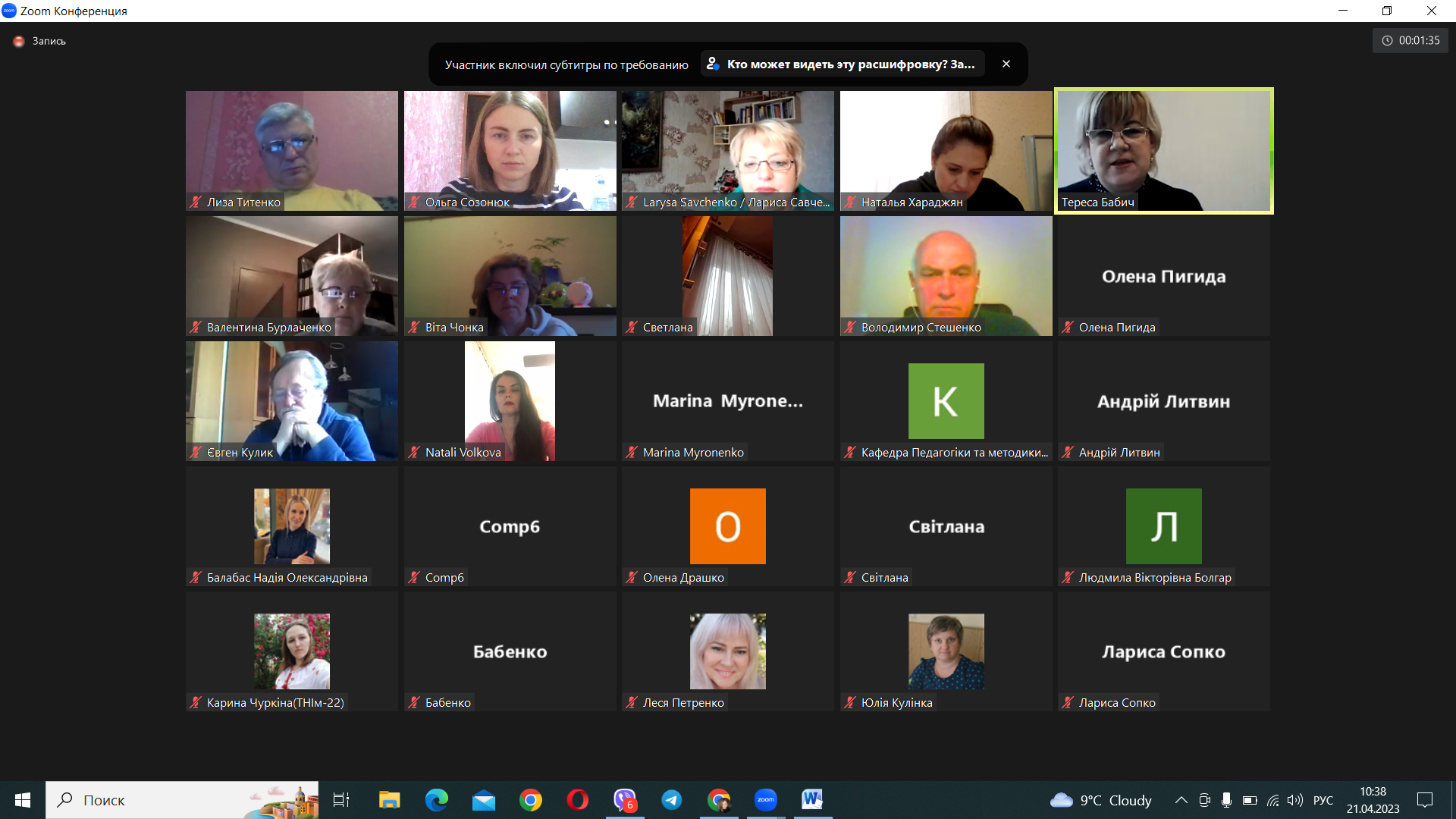 They took part in 12online meetings with representatives of Singapore, Finland, Canada, USA, China, the Netherlands, Estonia, Belarus, Great Britain, Australia and South Korea. The students really liked the organization of the seminar and speeches of the speakers. The experience of the participating countries is certainly valuable and modern, and the training of teachers in China and Singapore impressed and interested them. At the end of each seminar, they received training materials and interesting presentations from each speaker, which were presented at the conference. Upon completion, the students of the Department of Pedagogy and Methods of Technological Education received certificates.

The Creative Videotelephony “Do You know what I already know?!” In preparation for the exam on the course “Methods of teaching of Ukrainian language” (lecturer – Associate Professor I.A. Kravtsova) on December 6 at 15:30 was the creative videotelephony “Do You know what I already know?!”.

Attending the anniversary concert “We are 90!” The real enchanting action – the anniversary concert “We are 90!” – was attended by freshmen of Compartment of Fine Arts and Graphics of Faculty of Arts. It took place on December 5, 2021. The concert program included the best theatrical performances: musical and choreographical comedies and fantasy tales with 3D elements.

Musical Journey through the World: an Educational Event at the Faculty of Arts Kryvyi Rih State Pedagogical University trains comprehensively developed competitive specialists of various spheres. This is evidenced by the theme of various events at the university and faculty levels.

Champion of the Month of the Chess Club “Elita”

On November 26, 2021, the Chess Club “Elita” of Kryvyi Rih State Pedagogical University hosted the chess tournament “Champion of the Month”, in which took part the strongest chess players of our University. The tournament was organized according to the rules of 10+0 * Rapid * Friendly 5/5 Rounds * Swiss 10 seconds between rounds. The next tournament will take place on December 30, 2021. We invite chess fans among employees and students to actively participate in sports events of the University.

Share the Good: the Most Positive Challenge from Students of Kryvyi Rih State Pedagogical University The Student Council of KSPU is the driving force of positive social changes. Recently the activists of the faculties together with the Student Club announced the challenge of good deeds: «#Творидобро». November 17 unites students around the world with such an important holiday as International Student’s Day. Traditionally, Faculty of Foreign Languages joined the celebration and held a concert, but a bit unusual, because it was made in online format.