Cherishing the Traditions of Ukrainian Art: Participation of KSPU in City Events, Dedicated to National Holidays 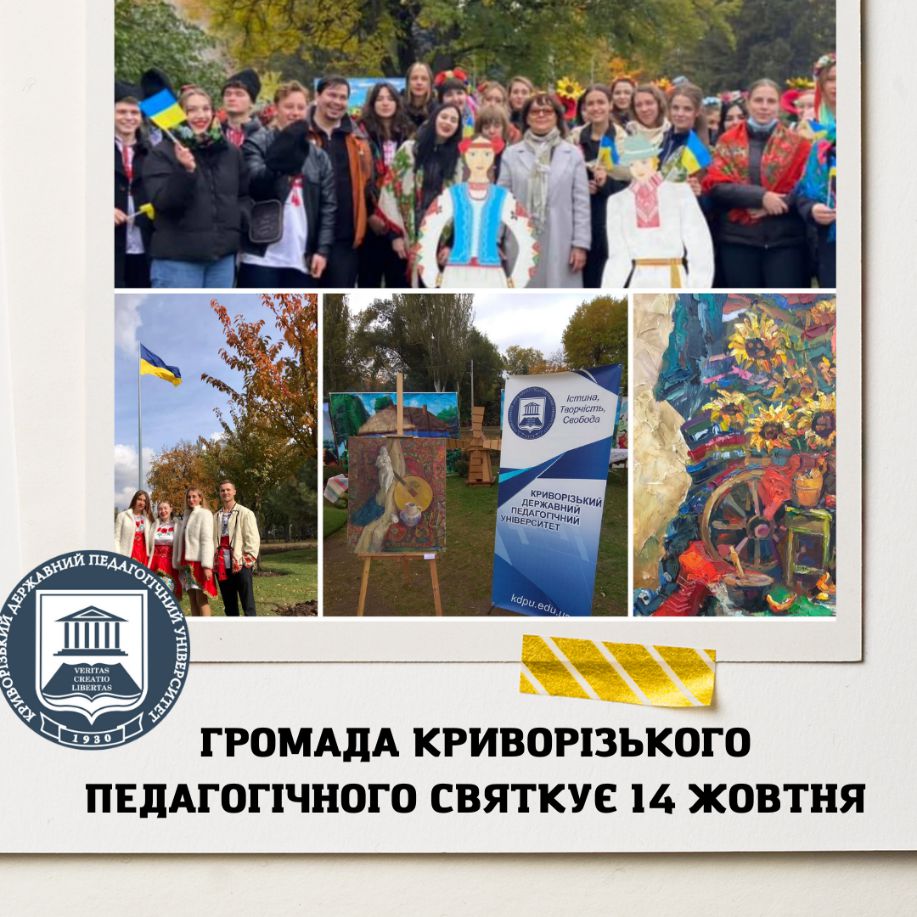 On October 14, 2021, representatives of Faculty of Arts of KSPU joined the traditional city celebrations dedicated to the Day of Defenders of Ukraine, the Day of the Ukrainian Cossacks and the Intercession of the Theotokos.

In the Metallurgical District of Kryvyi Rih in the Heroes’ Park some solemn events and the IV All-Ukrainian Festival of Cossack Song took place.

Representatives of the graphic art department presented an exhibition of works of fine art, which was prepared by students. The exhibition was held under the direction of the head of Department of Fine Arts, Candidate of Pedagogical Sciences, Associate Professor I.O. Krasiuk with the participation of senior lecturer A.D. Trufkin and senior lecturer O.I. Furman. 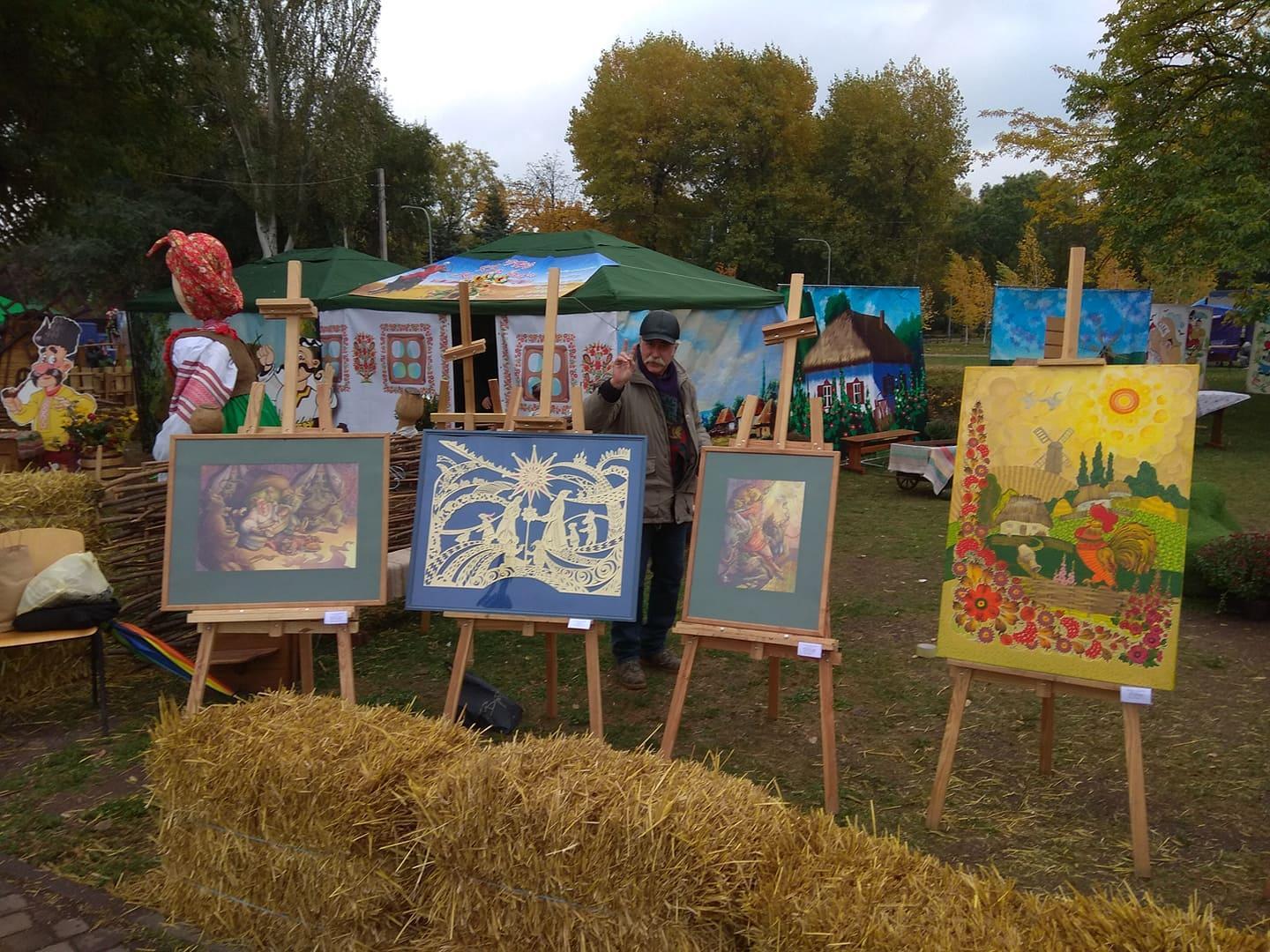 The exhibition featured works on Cossack and national themes, made in various techniques and genres.

The representatives of Department of Fine Arts mentioned the following (translated): “Students’ works are presented from easel illustrations to plot-themed oil paintings on Cossack themes, from ethnic still lifes to decorative works in the style of Petrykivka painting, vytynanky. The audience’s special attention was drawn to Valeriia Ivleiva’s diploma work – illustration to N. Gogol’s work “The Night Before Christmas”. With great interest visitors viewed illustrations made in Petrykivka painting style, still lifes and images of famous Cossacks”. 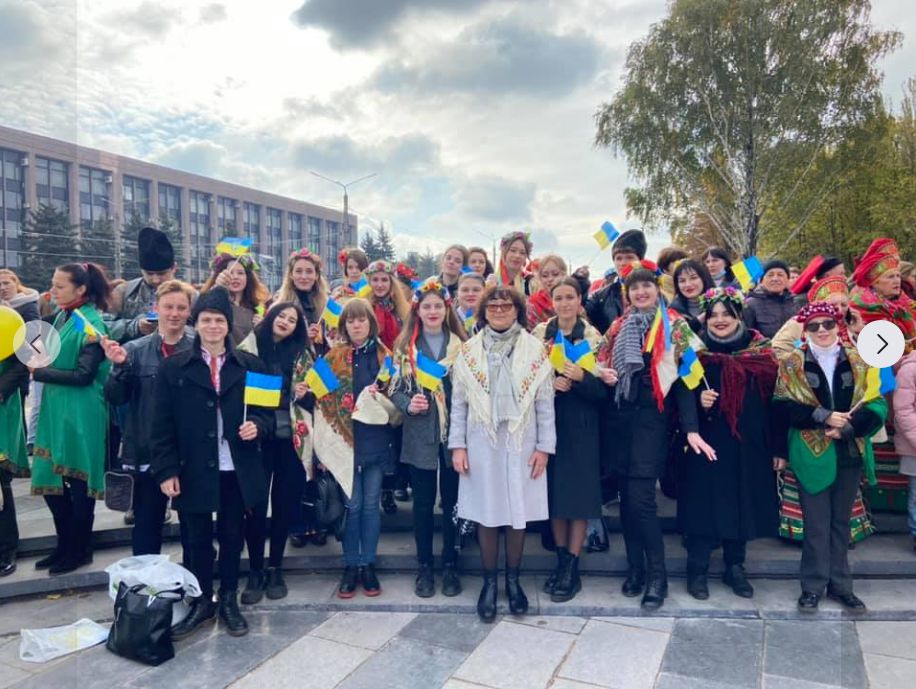 Students, led by teachers of Department of Music and Choreography, took part in the IV All-Ukrainian Festival of Cossack Song. This festival was organized to preserve, revive and promote the historical and cultural layer of the Cossack song of Ukraine and on the occasion of the Day of the Ukrainian Cossacks. 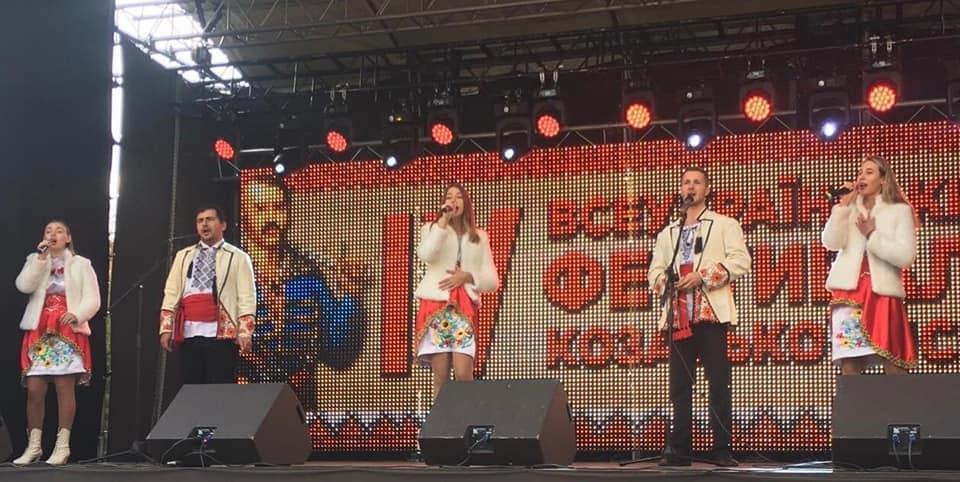 “Crescendo” Folk Chamber Choir under the direction of senior lecturer of Department of Music Education, Vocal and Choir Conducting V.M. Serhieieva accompanied by the leading concertmaster of the department O.O. Volkova performed the song “Long live free Ukraine”, taking part in setting a national record of the most massive performance of this song. 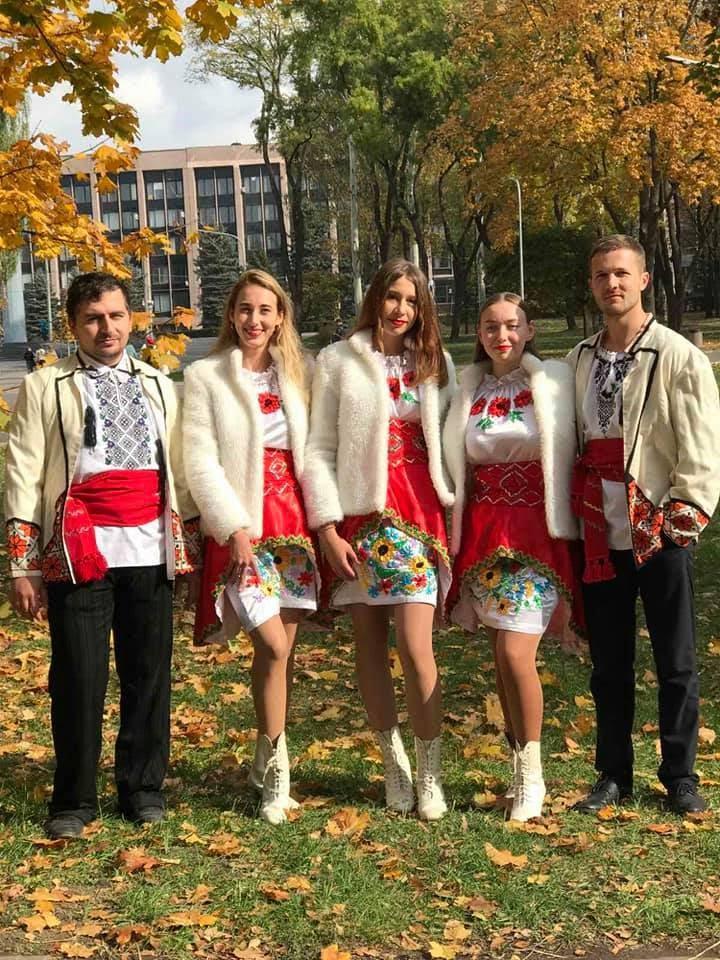 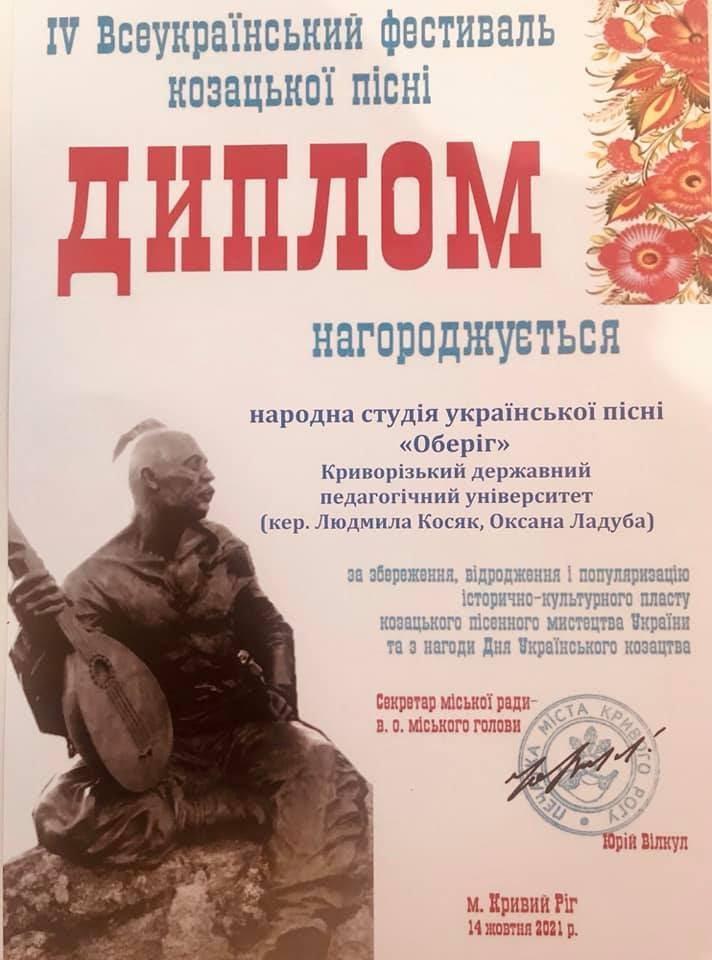 Soloists Yelyzaveta Zyhalo, Viktoriia Yevtushenko, Anna Morozova and Viktor Venhrusperformed songs full of national flavor. The participation of representatives of our University in the festival was marked by special diplomas.

We congratulate the community of KSPU on the holidays!