“Student of the Year”: KSPU congratulates the Students 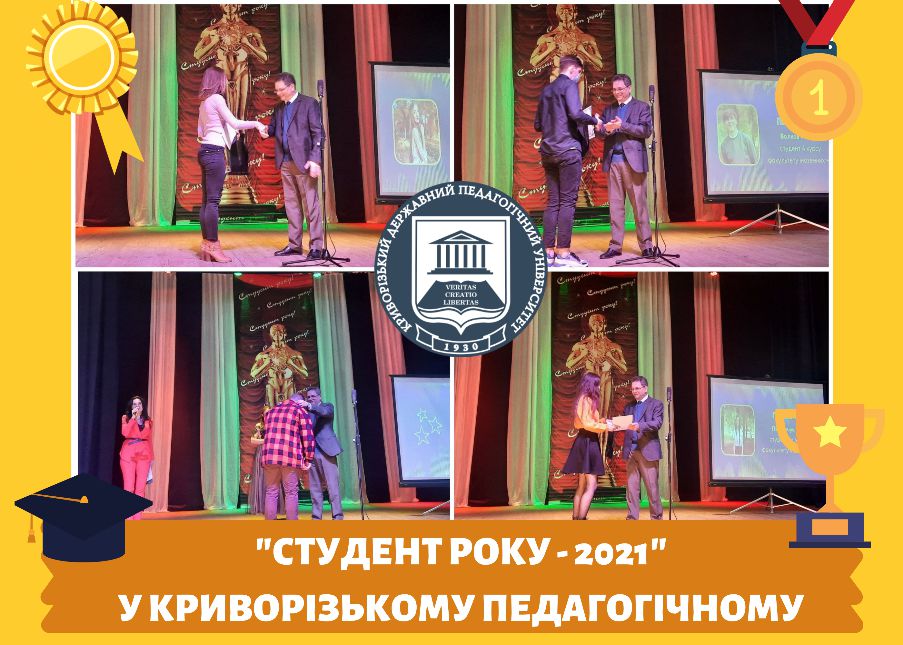 On November 17, 2021, Kryvyi Rih State Pedagogical University hosted a solemn event dedicated to the International Students’ Day – the 10th anniversary ceremony of awarding the best students, called “Student of the Year 2021”. Due to the quarantine restrictions, the number of participants was limited. 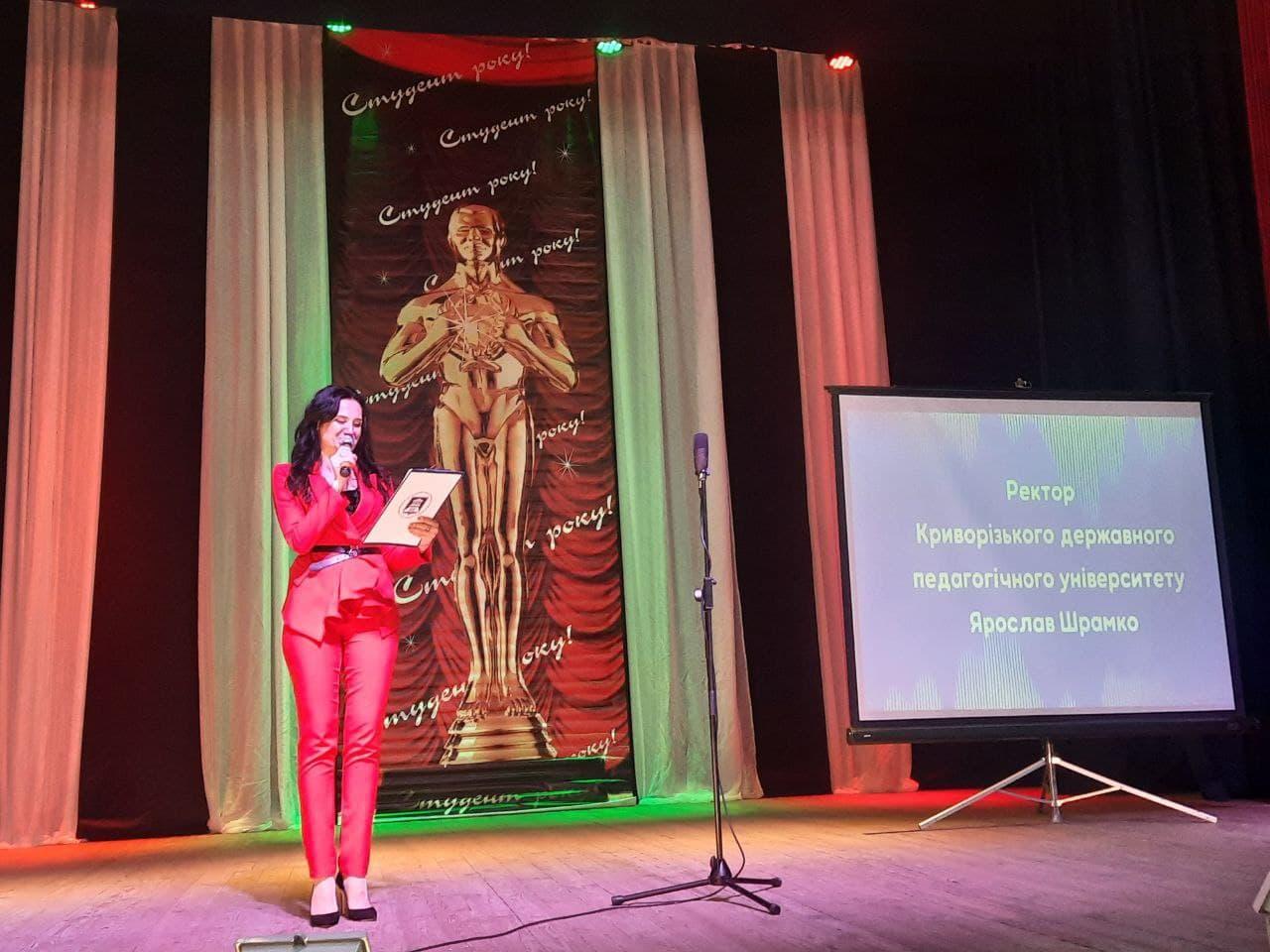 The event began with the words of the host, who set the audience to a festive atmosphere.

The Rector of KSPU, Doctor of Philosophy, Professor Ya.V.Shramko, congratulated the students on the holiday, wished them success and noted (translated): “For the second year in a row we celebrate International Students’ Day in an unusual format. I hope that next year we will be able to return to normal life, without quarantine restrictions. I am convinced that the students of our University are friendly and active community that achieves significant success and strives for self-improvement”. 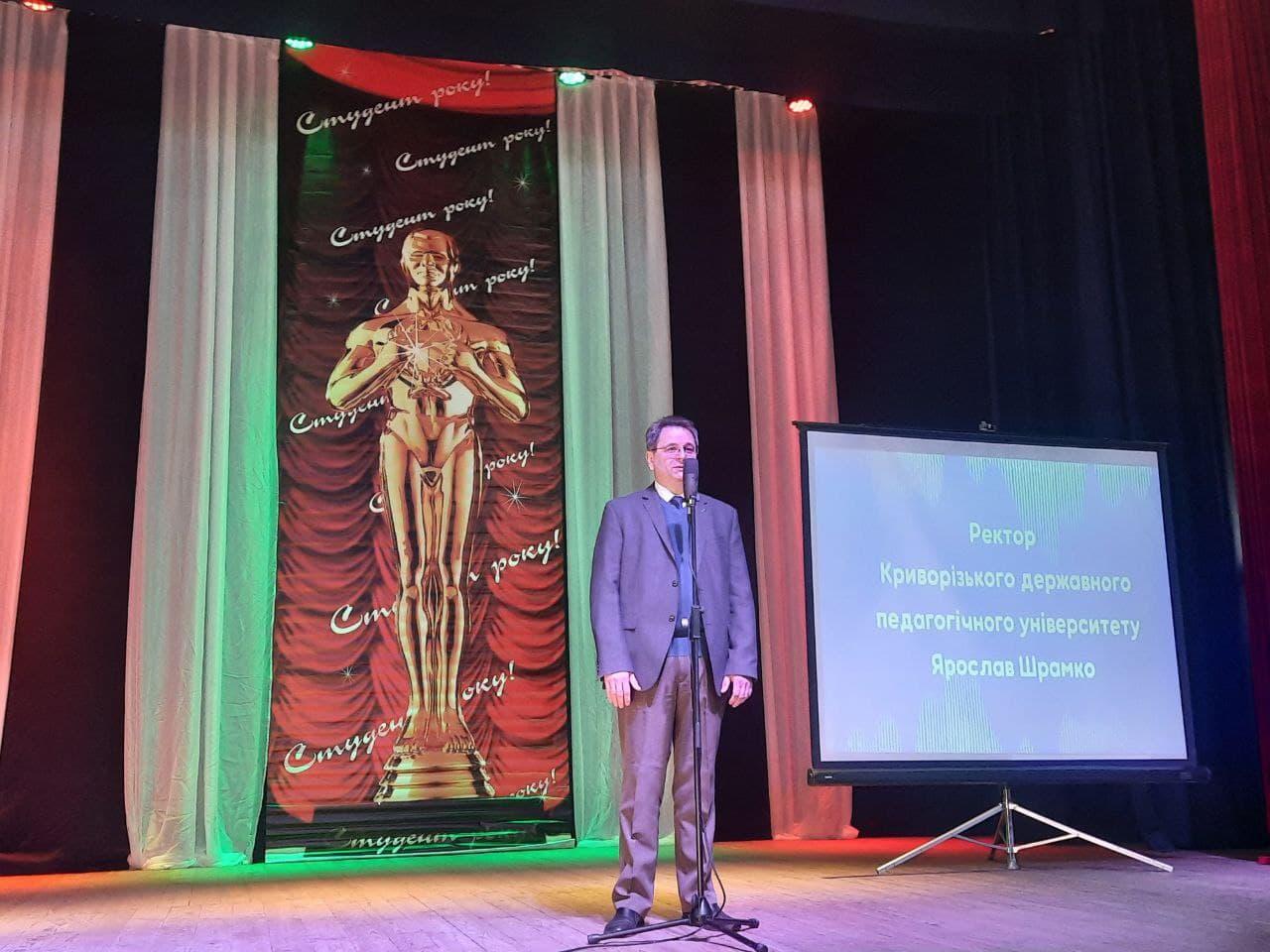 The tradition awarding of the best students in various nominations took place. According to the results of voting, the winners in the following nominations were: 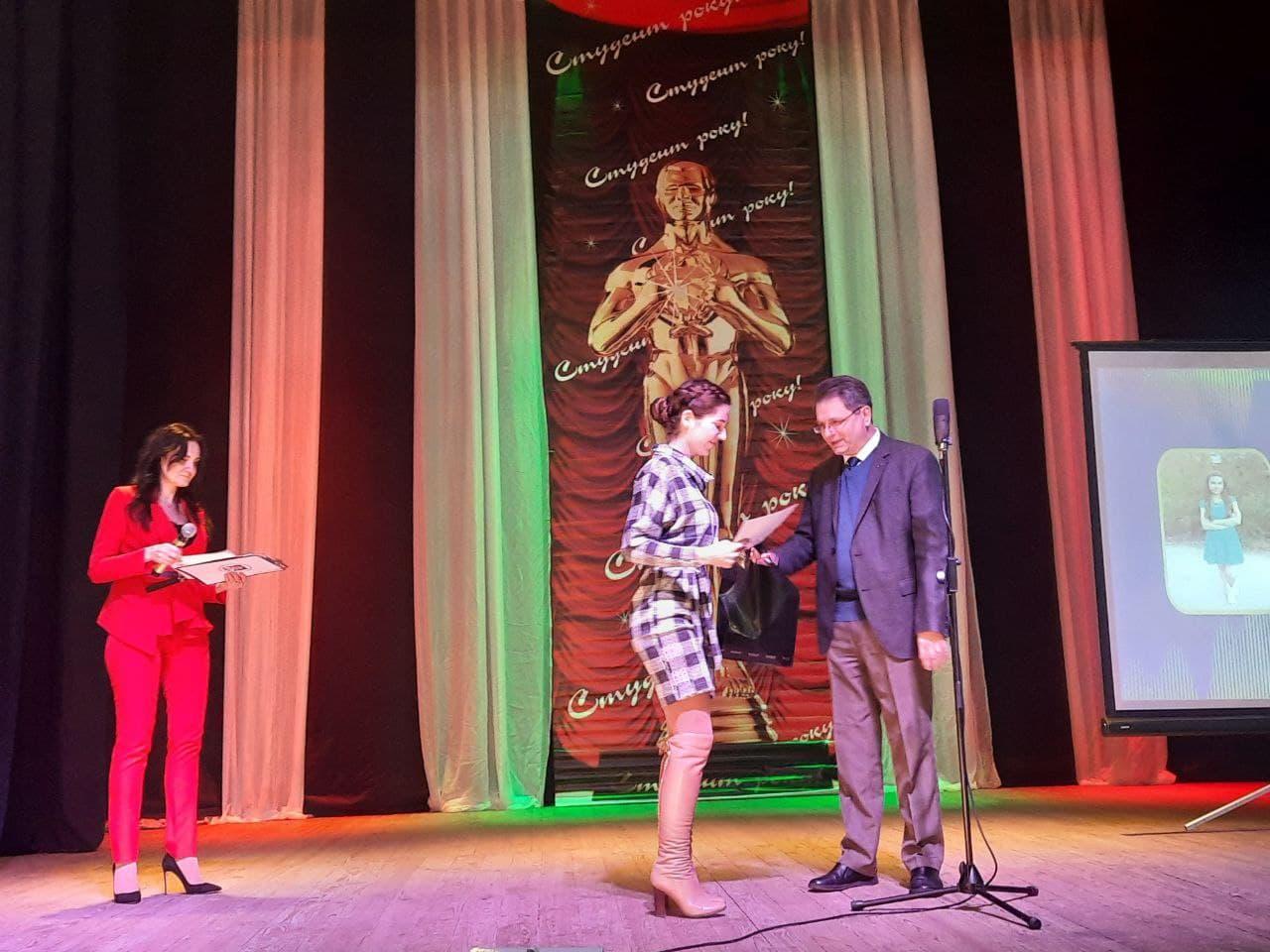 The Student Council and the most active students of KSPU received diplomas from the Executive Committee of the Metallurgical Council in the city.

Maksym Stratu and Alona Ruda were awarded the medals “Star of KSPU” for their significant contribution to the development of amateur art and active participation in the cultural and mass work. 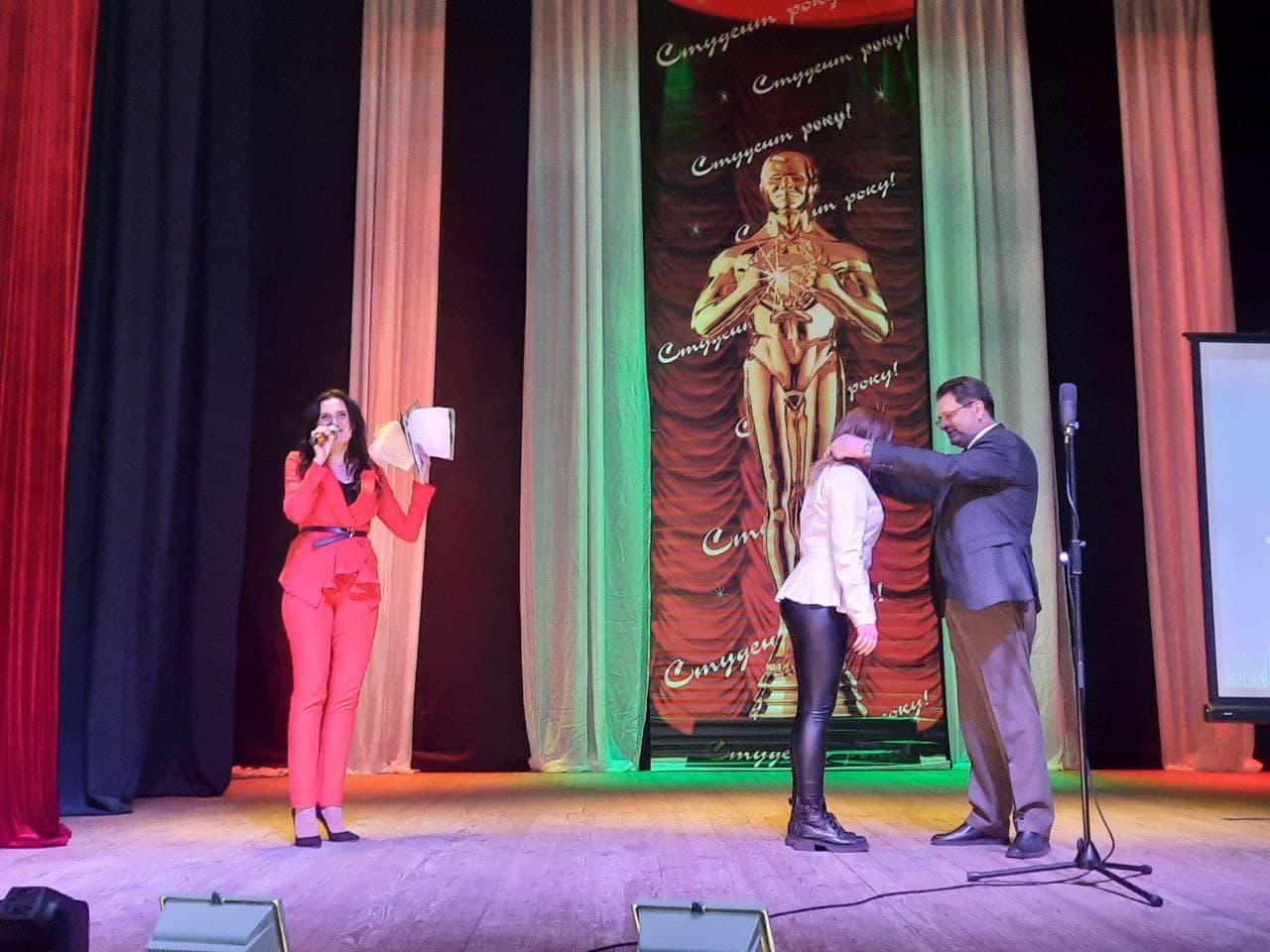 The chairman of the primary trade union organization of KSPU, Candidate of Pedagogical Sciences, Associate Professor L.V.Burman addressed the audience, congratulating on the holiday and emphasizing (translated): “I would like to thank those students who not only made their lives rich, meaningful and emotional, but also created such a warm atmosphere around them in which it is impossible to remain indifferent. Thanks to them, we have been holding this competition (which really appeals to students) for ten years in the row”. 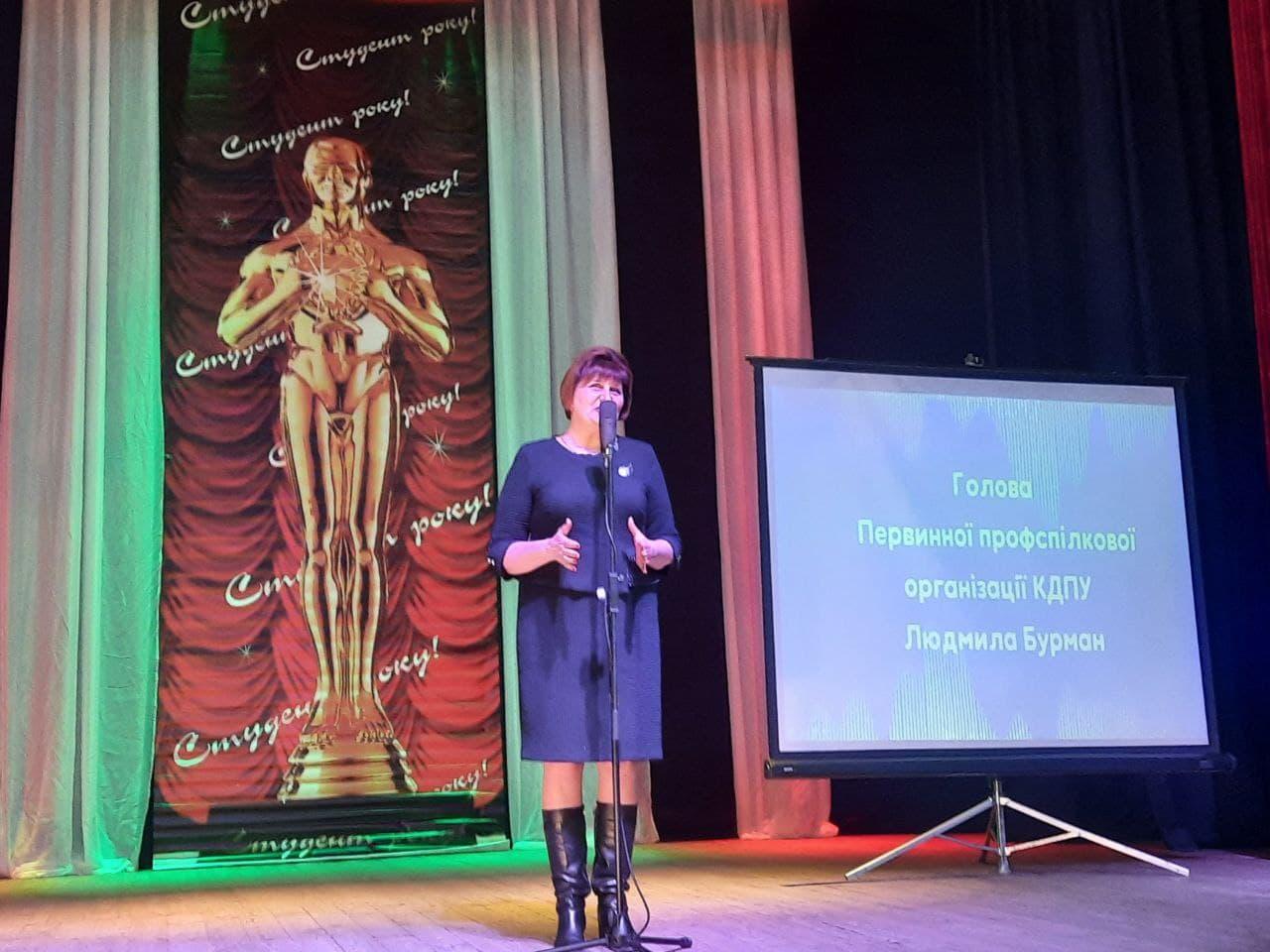 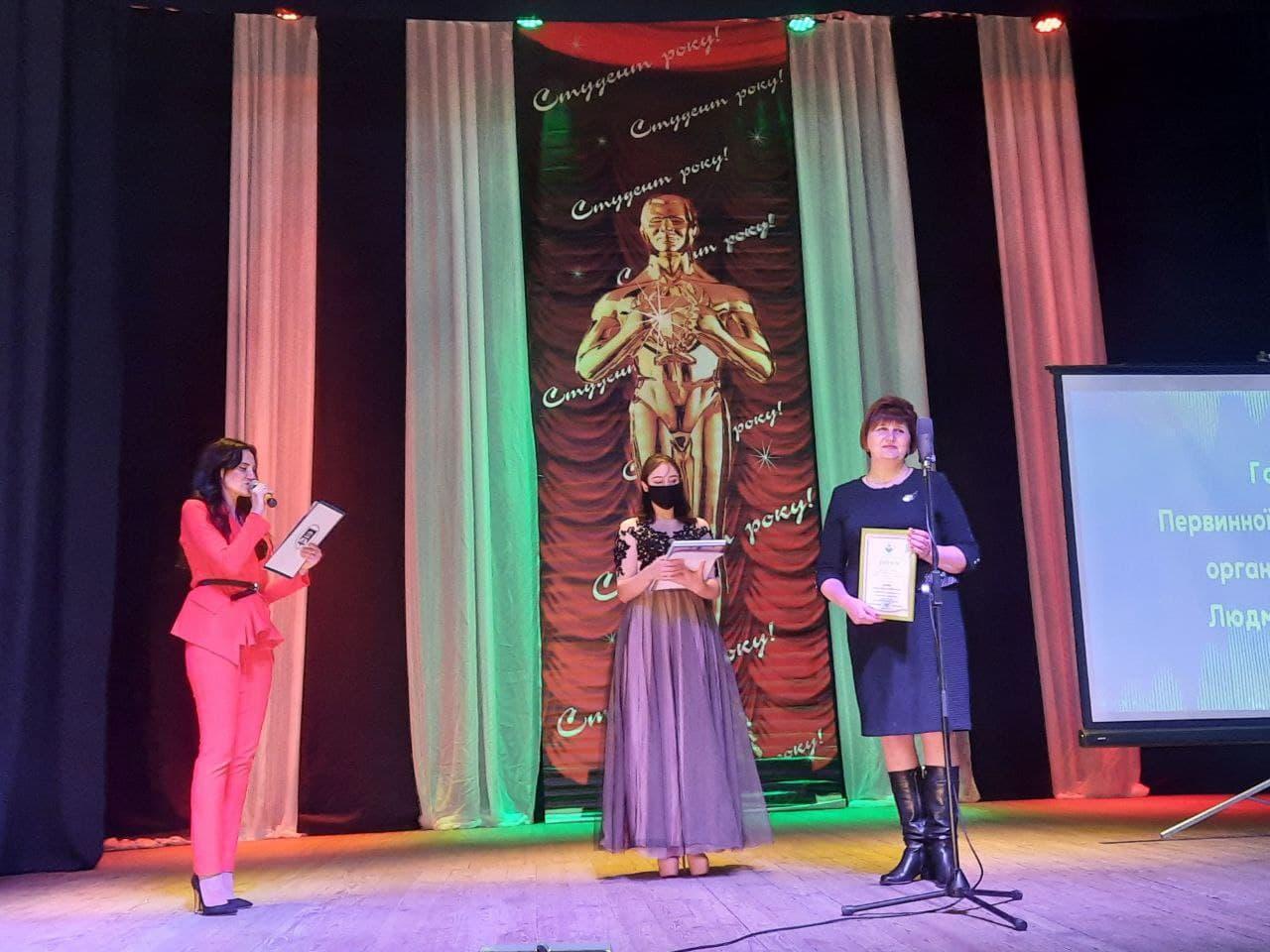 For objective reasons, the Student Club together with the Student Council of KSPU proposed to change the format of the event and hold a competition “Student HIT”. Representatives of the faculties willingly joined this format and shot their own music videos about the university, which can be viewed on our YouTube-channel. 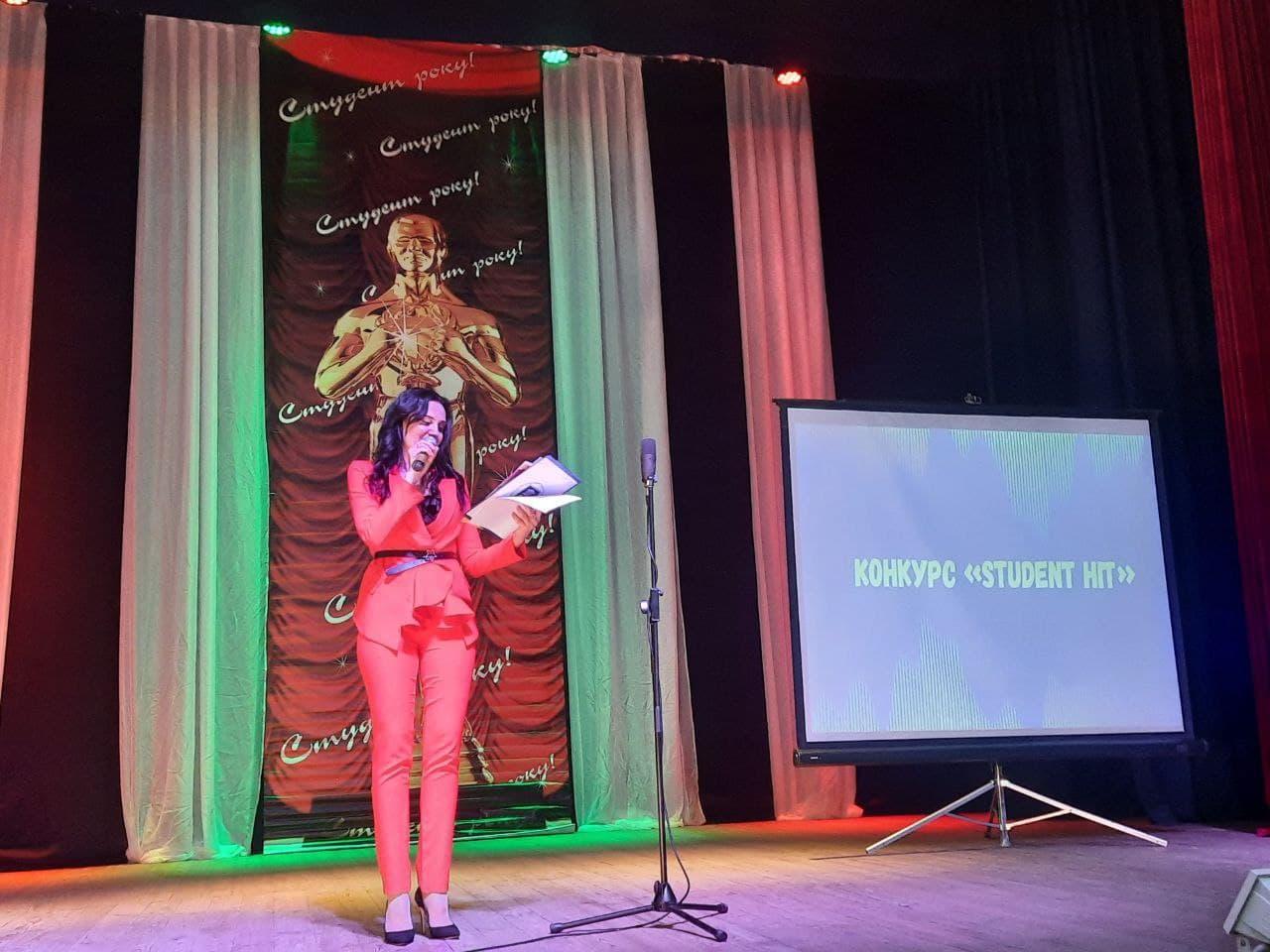 According to the results of voting, the places were distributed as follows:

We congratulate all students on the holiday and wish them success in learning and realizing their dreams!