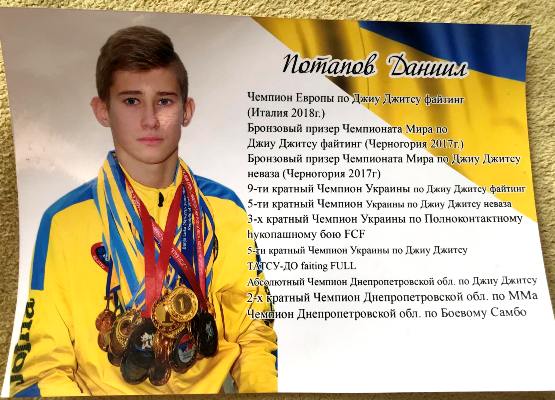 At the Faculty of Natural Sciences of Kryvyi Rih State Pedagogical University in the academic group Physical Culture – 21 (ФК-21), the students of which study Secondary Education (Physical Education), on November 23, 2021, a curatorial hour was held on the topic “Outstanding Athletes of Today”. The invited guest was a student of the abovementioned group Danylo Potapov, candidate for master of sports of Ukraine in jiu-jitsu, who returned from the World Championship, which took place on November 1–5, 2021, in Abu Dhabi – the capital of the United Arab Emirates – where the athletes from 62 countries competed. In persistent struggle, thanks to a high level of sportsmanship as well as moral and strong-willed qualities, Danylo took the 4th place. Today Danylo Potapov is in the Top 6 of the best athletes in the world jiu-jitsu.

In his story about the sports career, Danylo Potapov told that he started martial arts at the age of 4 and mastered the technique of jiu-jitsu at the age of 6. He was brought to the sports section by his father, who was also involved in martial arts in the past. Danylo won his first victory at the age of 7, receiving the title of city champion in his age category. He suffered his first serious injury, a broken arm, at the European Championships in Bosnia and Herzegovina at the age of 12. For his outstanding sporting achievements, Danylo Potapov thanks the coach of the highest category Anatolii Arkadiiovych Krasnozhon – the founder of the school of Jiu-Jitsu “Tatsu-Do” in Kryvyi Rih.

After the speech of the invited guest, the listeners asked questions (the quotes are not direct): 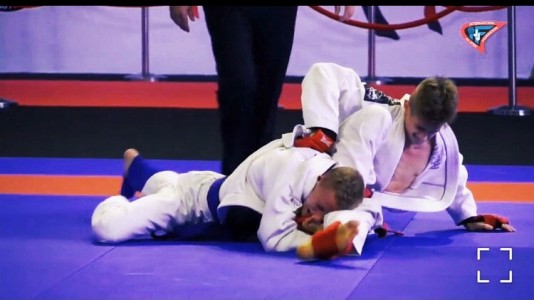 – Was it scary to perform for the first time in another country? – Yes, there was a feeling of fear and it is still present when you realize the great responsibility that is placed on you.

– Do you feel the support of friends, team members? – Yes, always, and especially after losing the first fight in the last competition, it was the comrades who helped to gather the spirit, which contributed to my further successful performance.

– Do you want your children to practice jiu-jitsu? – Yes, but only if they express such a desire.

– Did you gain experience from your opponents? – Yes, of course. I watched on YouTube the techniques and tactics of my possible rivals.

– What was your most difficult fight? – At the World Cup in Italy, where I met the Candidate for Master of Sport standard.

– Is it difficult to combine study and training? – It is difficult, but I feel that I can do it fully for the two activities.

– Are you planning to go on a study on an individual schedule? – I do not plan yet.

– How often do you train and how long do the trainings take? – I train three times a week for two hours.

– Are you thinking of becoming a coach? – Yes, I want to become a coach. Even now, when it happens that the coach is absent, I am happy to train athletes.

At the end of the meeting, groupmates wished him to maintain a sporting spirit, perseverance, hard work and striving to achieve the desirable goal. 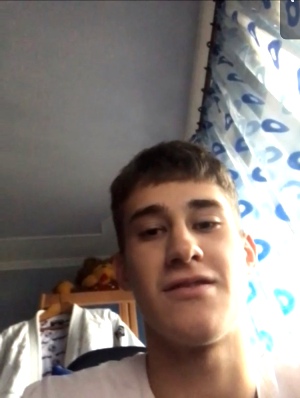 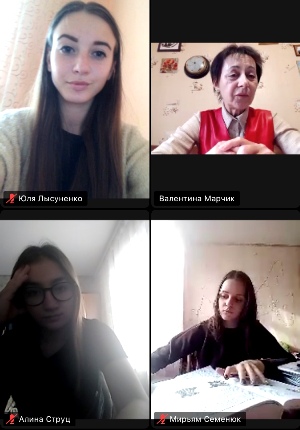 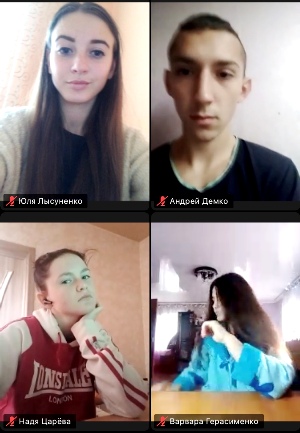 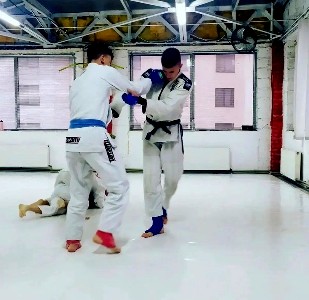 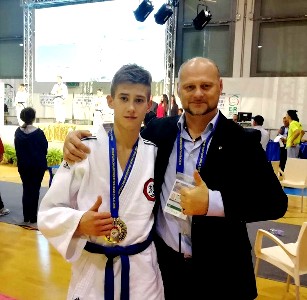