On December 1, 2021, a video conference dedicated to the International Day of Ukrainian Literature and Language was held under the auspices of the Consulate General of Ukraine in Munich. Lecturers of the Department of Ukrainian Language of Kryvyi Rih State Pedagogical University also took part in it. The conference was organized by the Institute of Slavic Philology of the Ludwig-Maximilian University (Munich, Germany). The moderator of the meeting was Dr. Olena Novikova. 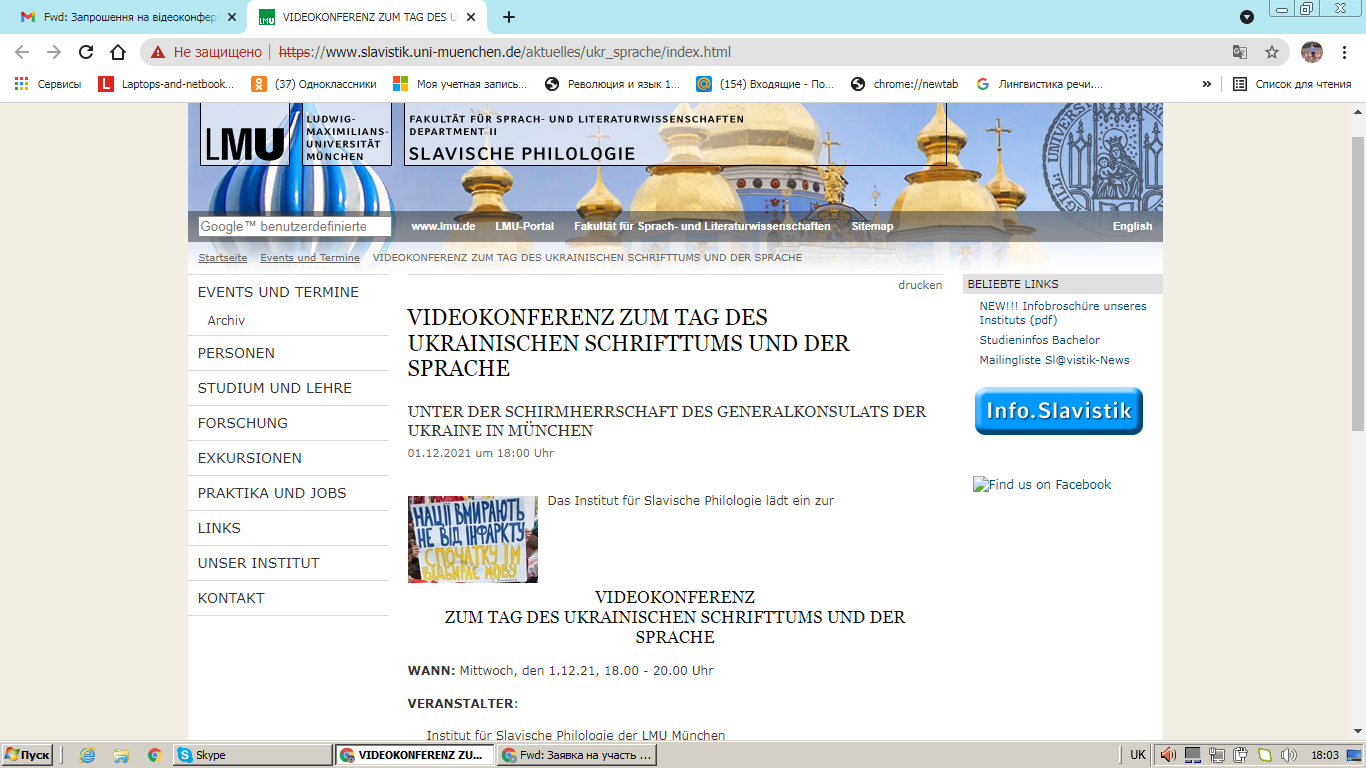 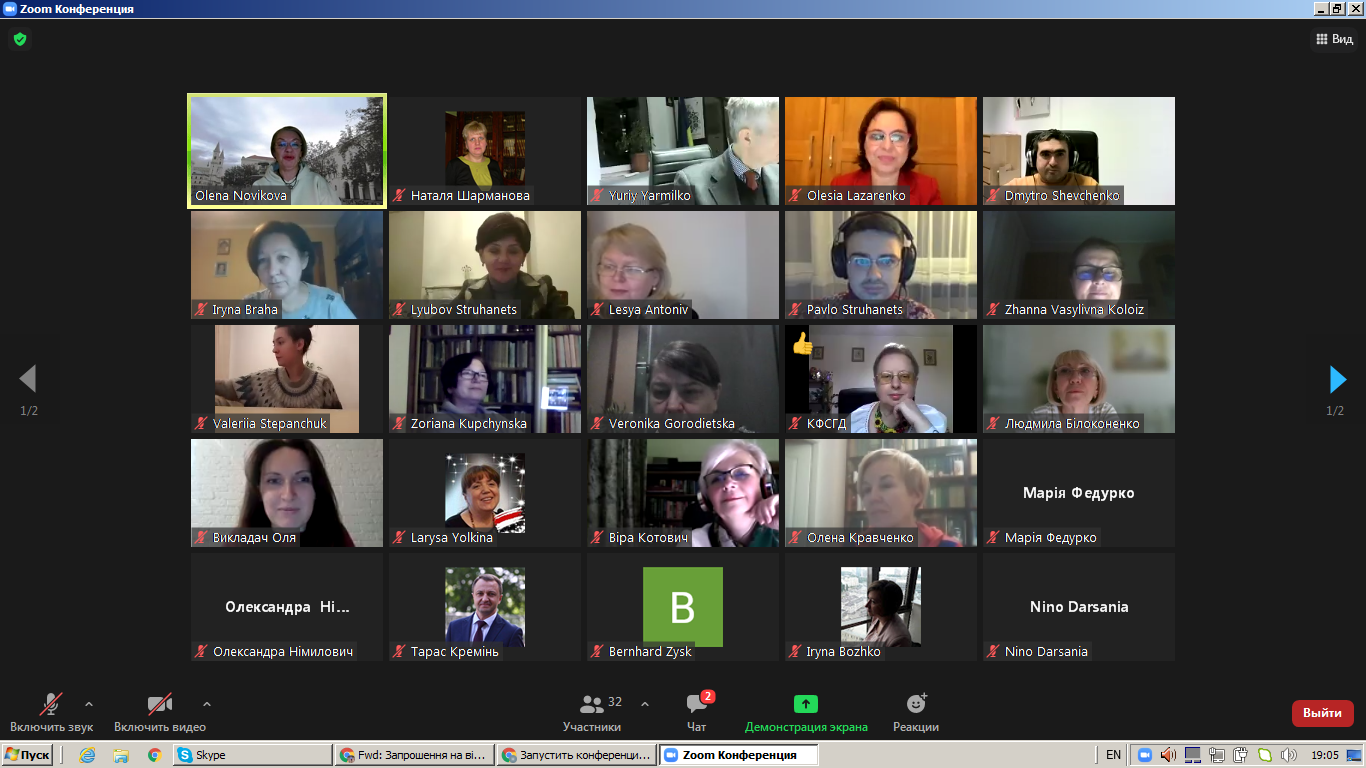 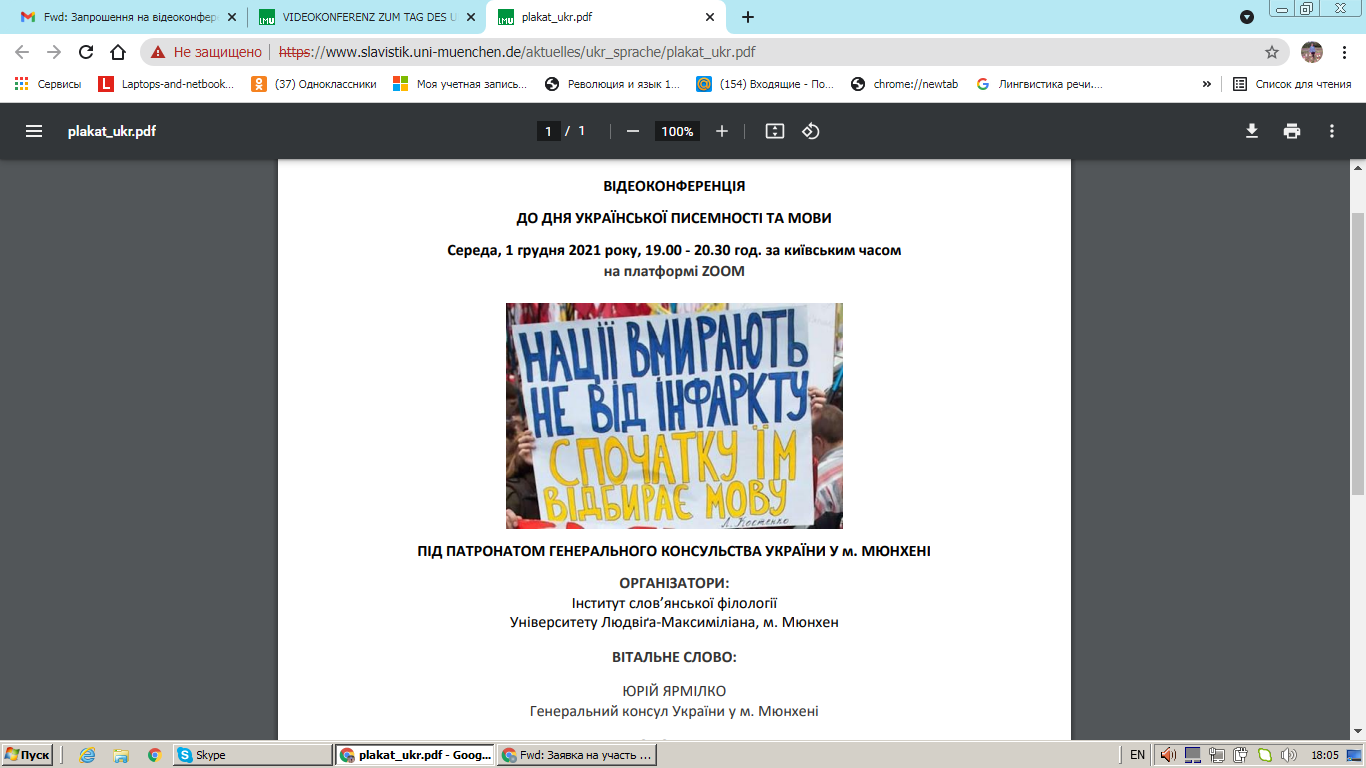 The Council General of Ukraine in Munich Yurii Yarmilko addressed the participants with a welcoming speech, emphasizing the traditions of Ukrainian-German contacts and the relevance of new relations in various fields, including language. 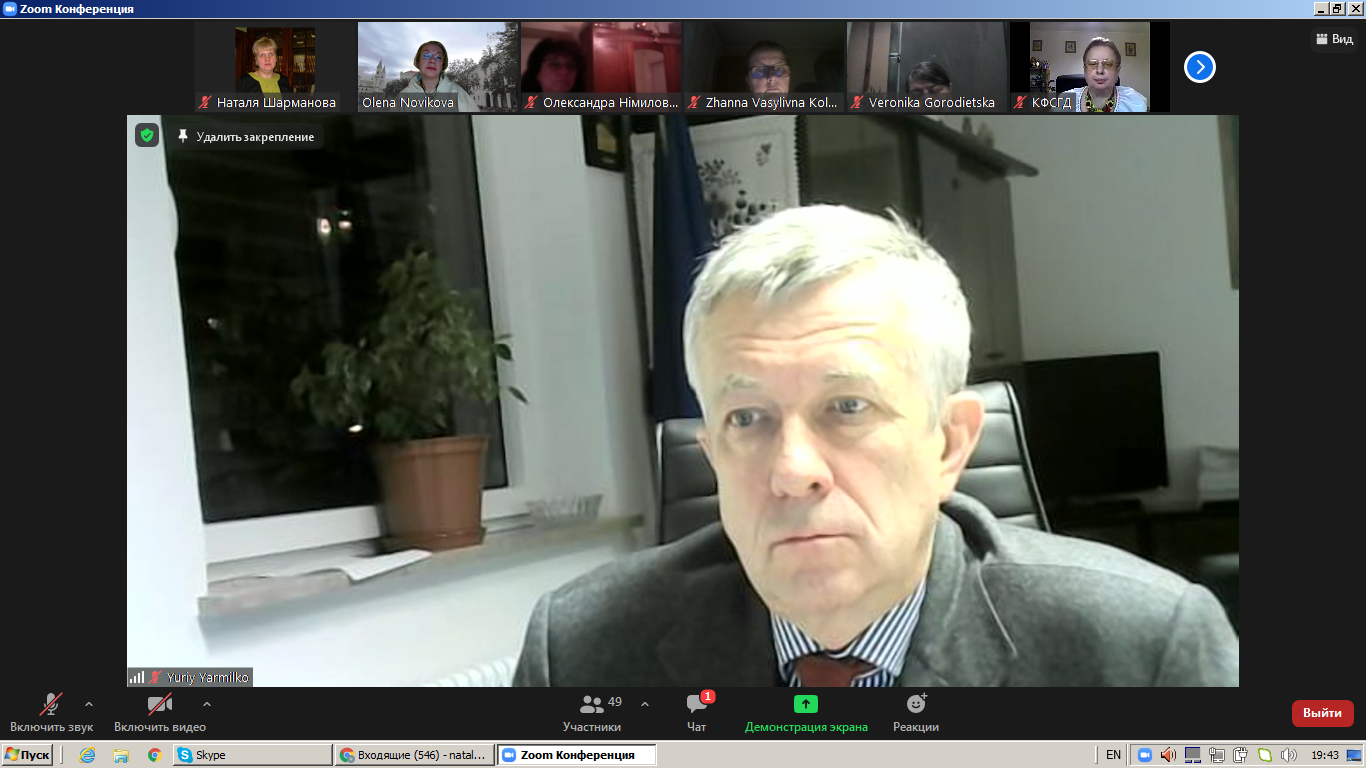 Keynote speakers at the international video conference were:

– Dr. Taras Kremin, Commissioner for the Protection of the State Language; 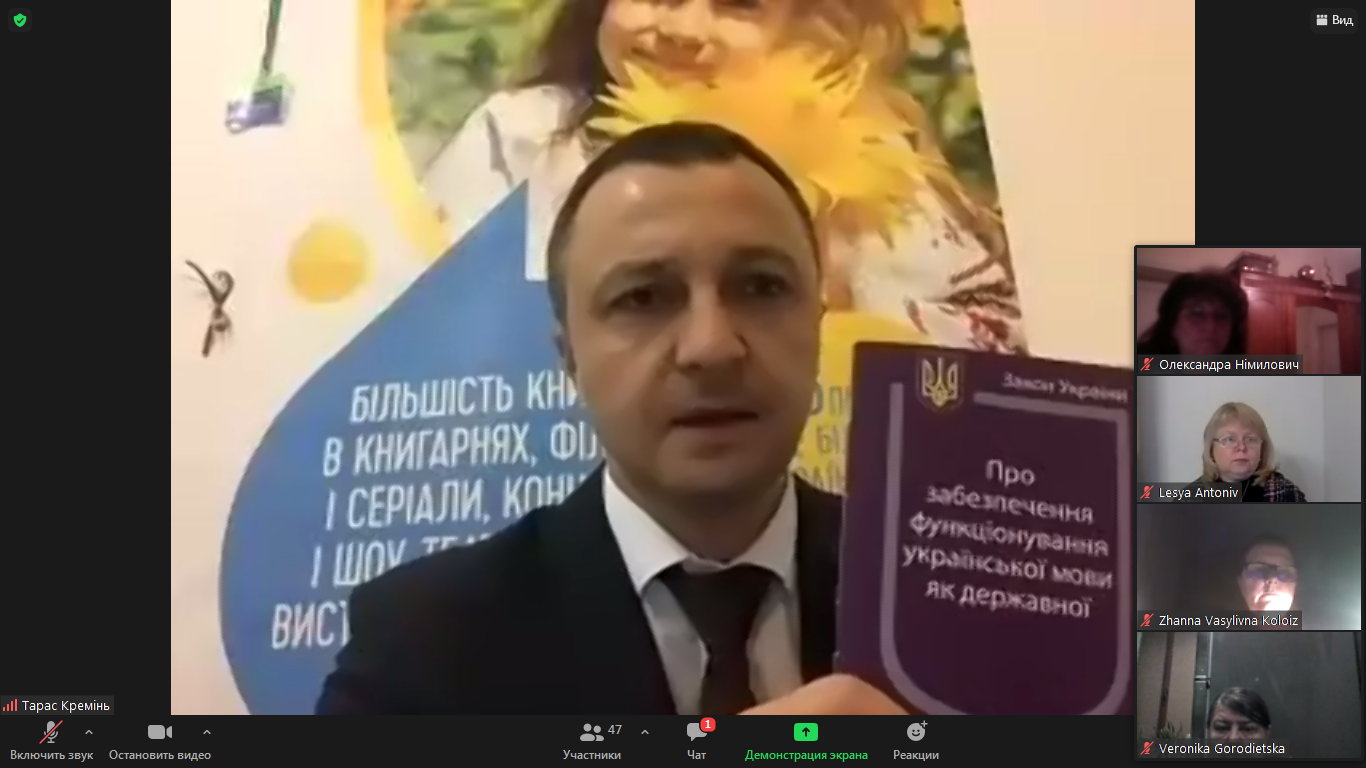 The report of the director of the Nikolaev Regional Institute of Postgraduate Pedagogical Education Professor Vasyl Shuliar “Literary education: challenges of the present” was heard. He revealed the stated topic in the context of the issue of forming a reader of “new literacy”, focused on the various stages of obtaining postgraduate philological education. The great interest of the conference participants was raised by Dr. Olesia Lazarenko, a researcher at Viadrina European University (Frankfurt-on-Oder), who spoke about the history of language contacts between Ukraine and Germany, as evidenced by archival materials from the Ukrainian Research Institute (1926-1945), Ukrainian studies of the postwar period and modern times. The speaker also told about the teaching of Ukrainian as a foreign language in universities and schools in Germany, as well as the initiation of Ukrainian communities in different cities teaching Ukrainian in Saturday and Sunday schools as well as the activities of the Language Center of Viadrina European University. 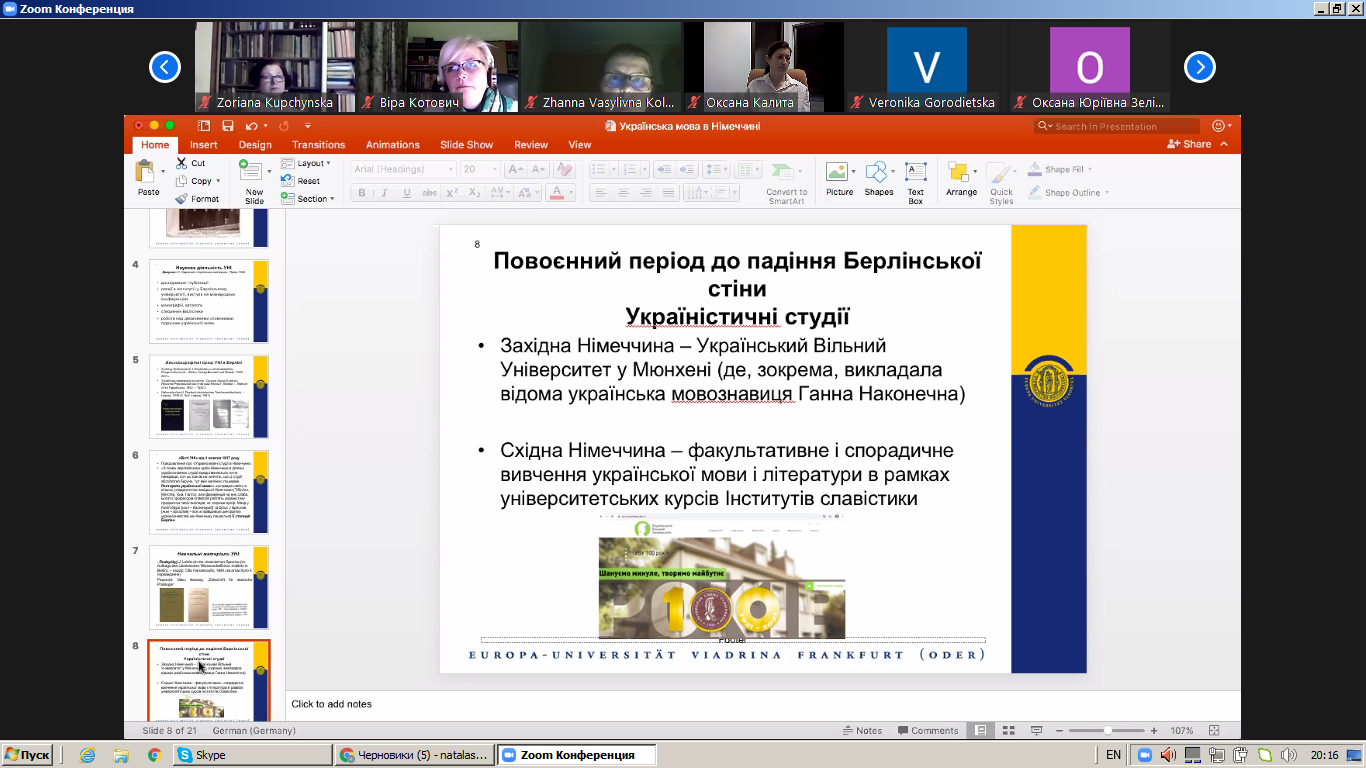 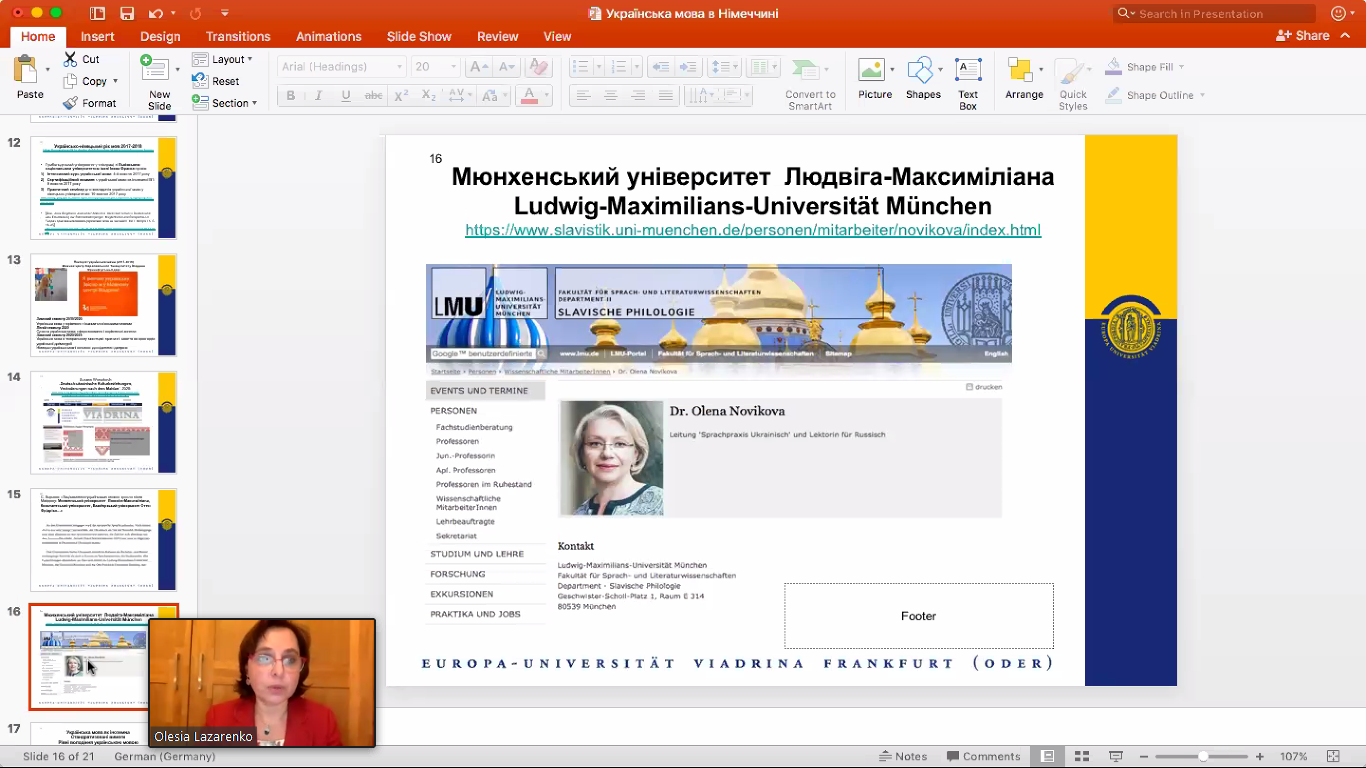 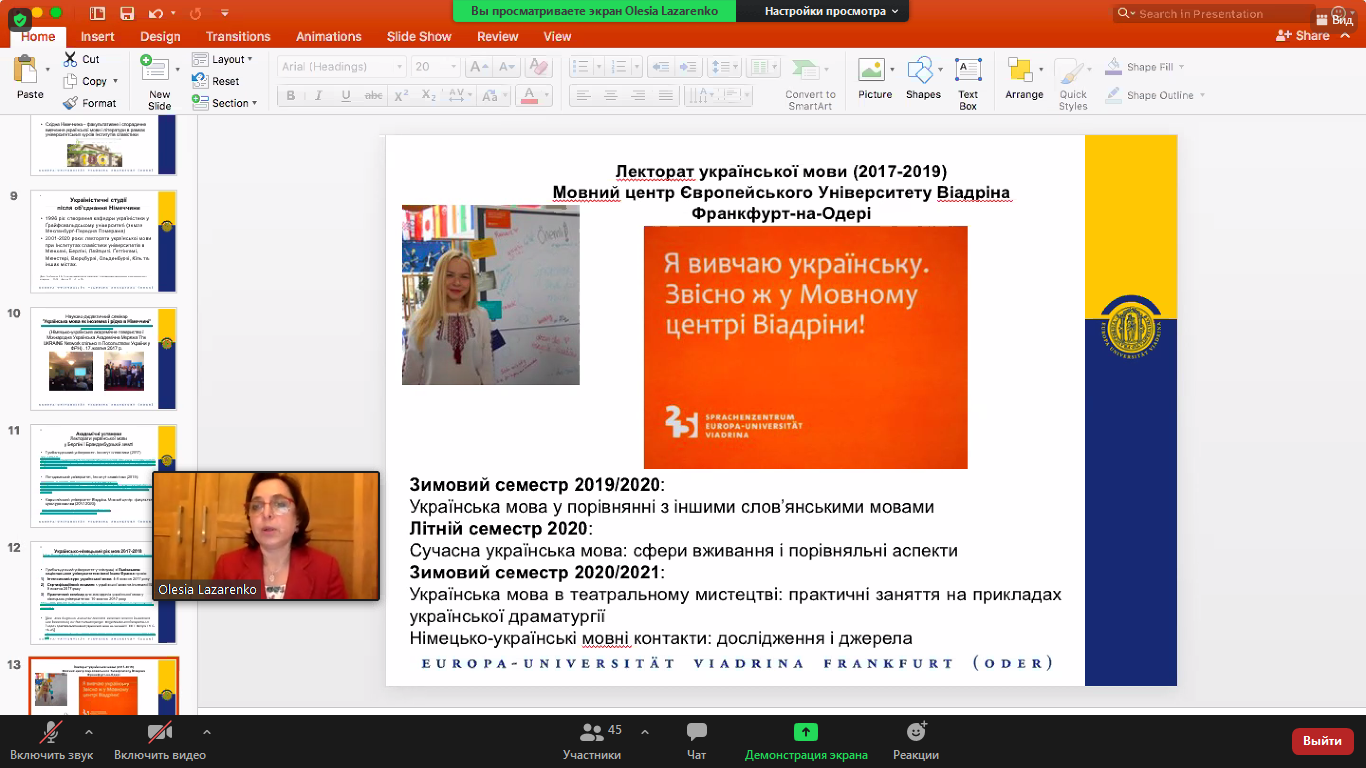 At the end of the videoconference, the participants had the opportunity to ask questions to the speakers in the chat and get mutual answers and comments, write warm feedback to the organizers for an informative, meaningful meeting. On behalf of the scientific community of Kryvy Rih State Pedagogical University, the Head of the Department of Ukrainian Language, Professor Zhanna Koloiz, wished the participants creative inspiration and further achievements in establishing the prestige of the Ukrainian language.