On October 26, 2021 students at University of Warsaw had the opportunity to join the discussion of scientific issues, related to the emergence of neological vocabulary in general and occasional vocabulary in particular. The Head of Department of Ukrainian Language of Kryvyi Rih State Pedagogical University, Doctor of Philology, Professor Zhanna Vasylivna Koloiz presented her vision of the relevant issues. Her lecture «Неузуальне словотворення», lasting more than an hour, actualized various aspects of the appearance and production of the occasional word. 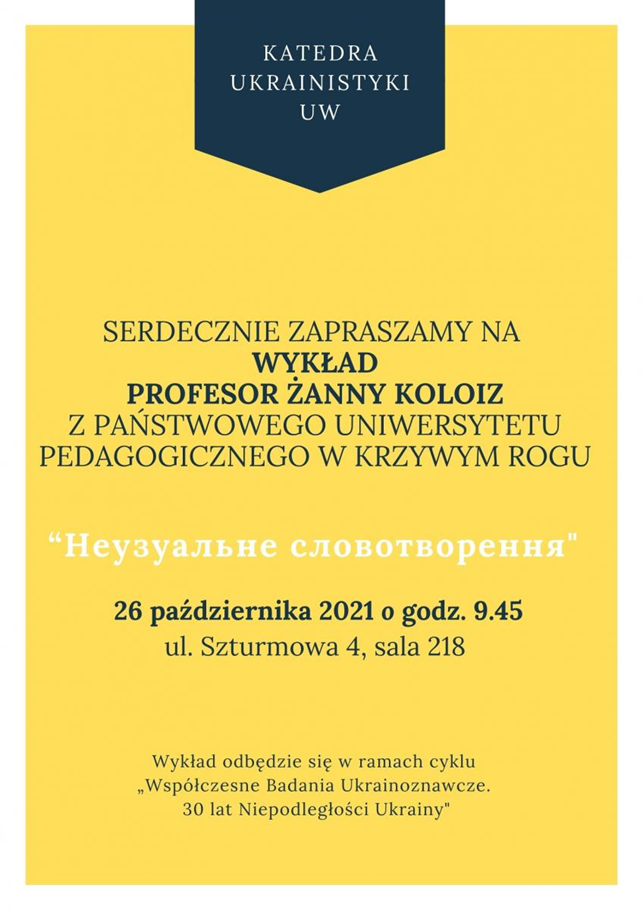 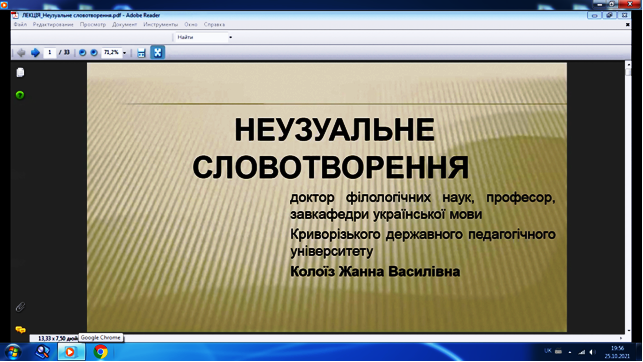 1. Linguistic potentials are those that have not yet occurred, but can occur, when necessary, to become real results, which appear mostly as accidental and receive the status of occasional material representatives. Their creation is the prerogative of the individual, because any process of transformation in the language system begins with an imperceptible fluctuation in speech, caused not by collective experience, but by the individual creative competence of the speaker. However, the further fate of individual authorial innovation depends on usage. In such circumstances, the “struggle” between the usual and the occasional is inevitable: the occasional, being actualized, seeks the ways to legitimize, and the usual, built on the common that is inherent in human nature, repels anything accidental, perceiving only those elements that receive usual approval. 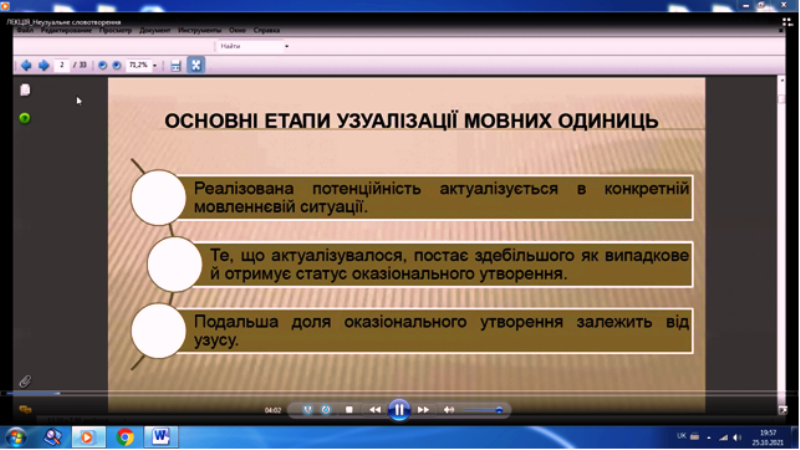 2. Occasional formations owe their appearance to various derivational mechanisms, which are more complex than they can be imagined in the theory of derivational relations, because the act of constructing a secondary sigh in itself is not the object of direct contemplation, as it occurs in the minds of speakers. The process of carrying out the certain derivations can be judged only by specific patterns that are the result of non-usual word formation, illustrated by either usual or non-usual ways of production. 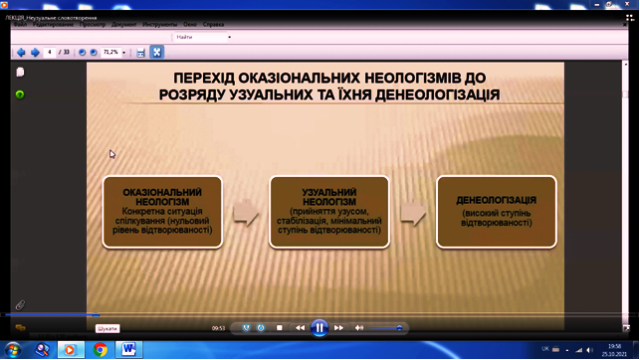 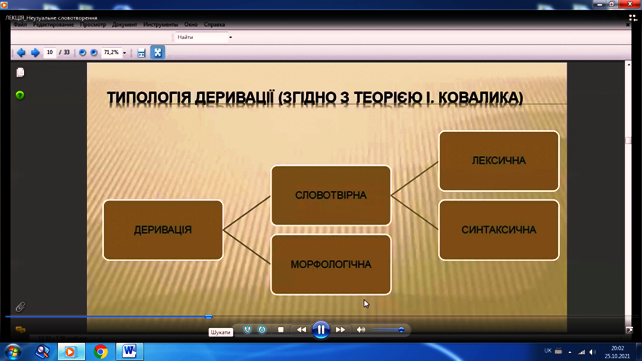 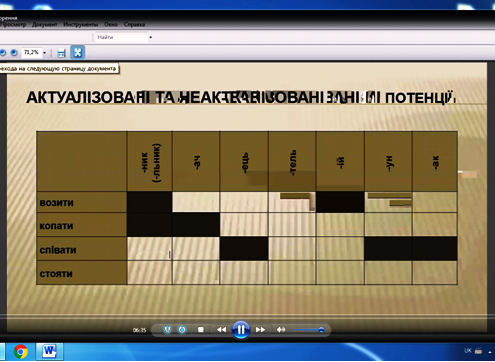 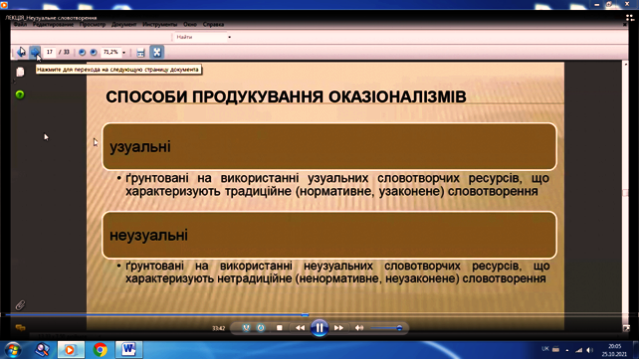 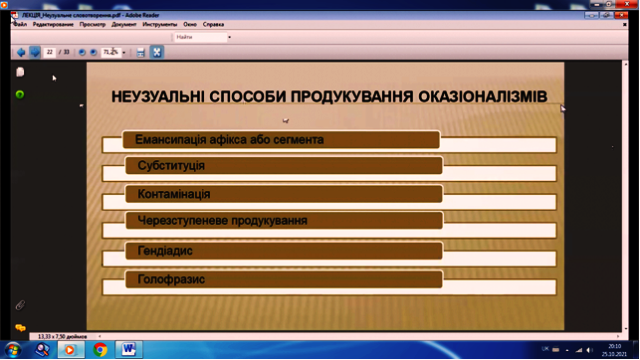 At the end of the meeting, Polish students had the great opportunity to take part in a scientific discussion, for example, arguing or disproving the assertion that the results of non-usual word formation contribute to the development and renewal of the language system. 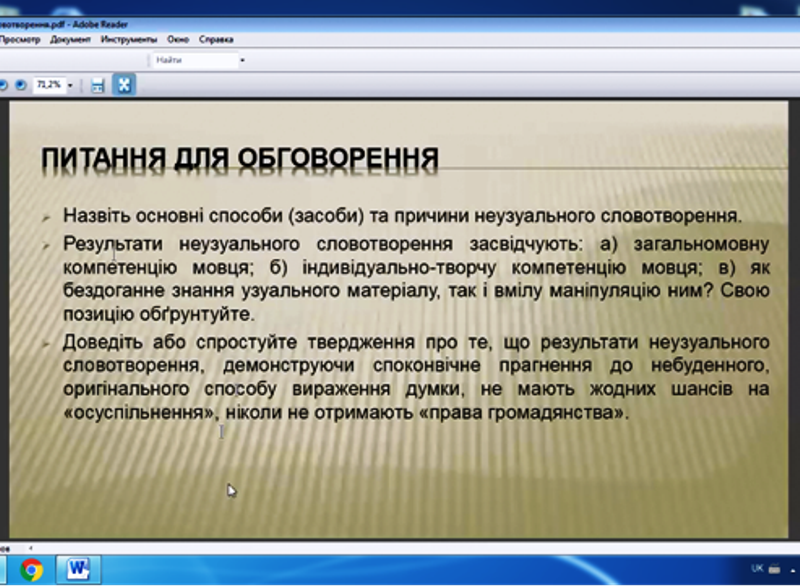