Report on the international internship of Dmytro Tytarenko, Professor of the Department of History.

The speaker informed that from October 1 to November 15, 2021, at the invitation of Professor of Eastern European History at the Heidelberg University Tanja Penter, he conducted research in Germany (as we have previously reported). While working at Ludwigsburg State Archives, the Land Archives of North-Rhine Westphalia (Duisburg), the research libraries of Heidelberg University and the Fritz Bauer Institute (Frankfurt am Main), the professor of our University researched issues related to Nazi crimes against Soviet prisoners, mentally ill people and the Jewish population; the interaction of Soviet and German justice in the prosecution of Nazi criminals and collaborators etc. The results of this work will be used in a number of publications and speeches at conferences (for example, on December 1, Dmytro Titarenko has already made a public online report, which was broadcast via YouTube and accompanied by discussions at the Fritz Bauer Institute (Frankfurt am Main). 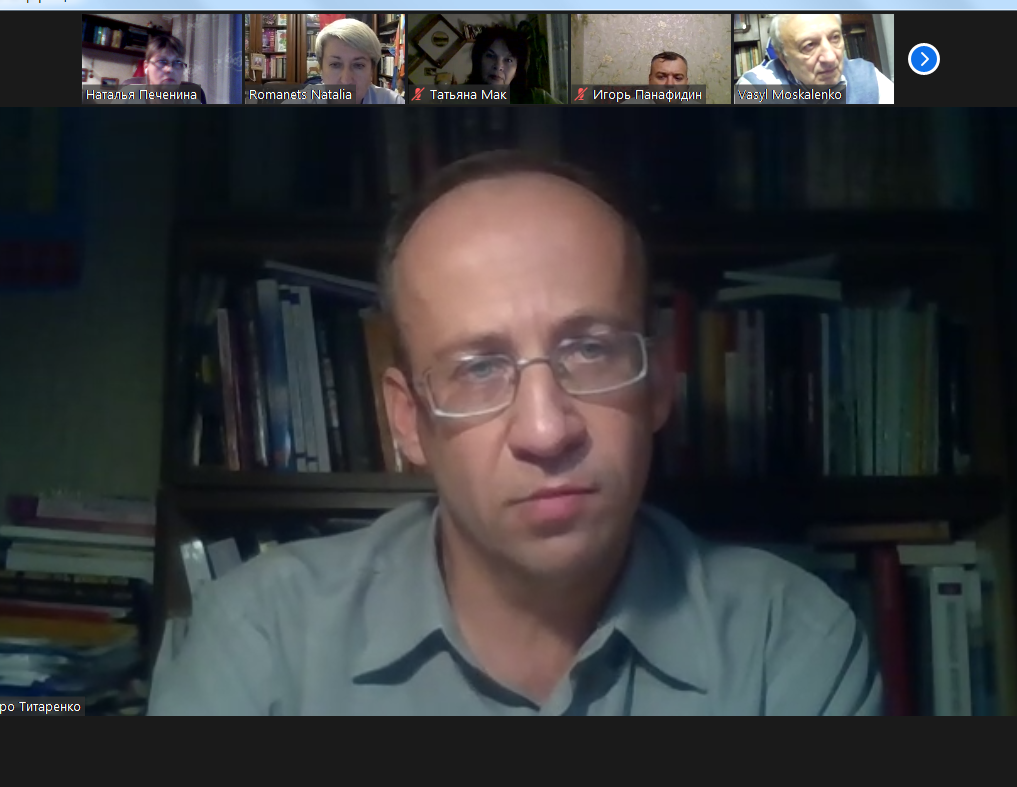 Associate professors of the department N.A. Pechenina, T.F.Mak and A.V. Tarasov asked a number of questions about the peculiarities of the culture of memory and historical policy in Germany, the degree of reflection in the German archival documentation of the Kryvyi Rih occupation events. D.M. Titarenko gave comprehensive answers to the questions, emphasizing that German society pays special attention to the problem of “overcoming the past” of the Nazi era, issues of preventing and combating manifestations of right-wing radicalism, nationalism and “hate speech”.

The staff of the department positively assessed the results of the scientific internship of the professor.