Register for the online Study UK fair and get a free offer for the IELTS Coach package!

To take advantage of this offer, you will need to pay for any available IELTS test session at the British Council from 1 January to 28 February 2022.

IELTS Coach is a personalized online coaching provided by IELTS experts and the British Council. You can use the service to analyze personal needs to improve IELTS skills, group or private lessons. Exclusive 12-credit Express package will be offered only to registered Study UK participants.

Register for the event and get an exclusive offer of 79 euros for the IELTS Coach package!

KRYVYI RIH STATE PEDAGOGICAL UNIVERSITY IN THE PROGRAM OF THE BRITISH COUNCIL: REPORT AND CERTIFICATION OF CERTIFICATES 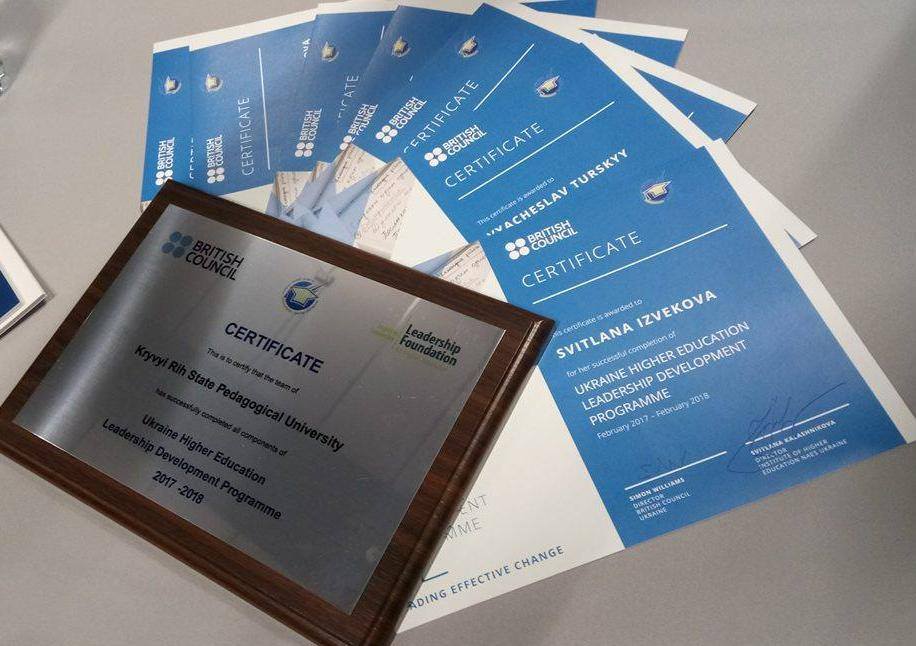 On February 7, the final reporting event of the Leadership Development Program of Ukrainian Universities of the British Council took place, where the KSPU team presented the results of its annual work.

On this day, 14 universities participating in the second phase of the program presented reports on the implementation of their projects, as well as had the opportunity to discuss the results of their implementation and share useful experiences. At the end of the event, the Director of the British Council in Ukraine, Mr. Simon Williams, presented the university teams with certificates of successful participation in the Program.

"When the Revolution of Dignity took place, we thought about what we can do to help Ukraine. It so happened that universities in the UK are very well developed, so we had an idea why not create agents of change who can reform Ukrainian education and thus open up to the future, "said Simon Williams, Director of the British Council in Ukraine. 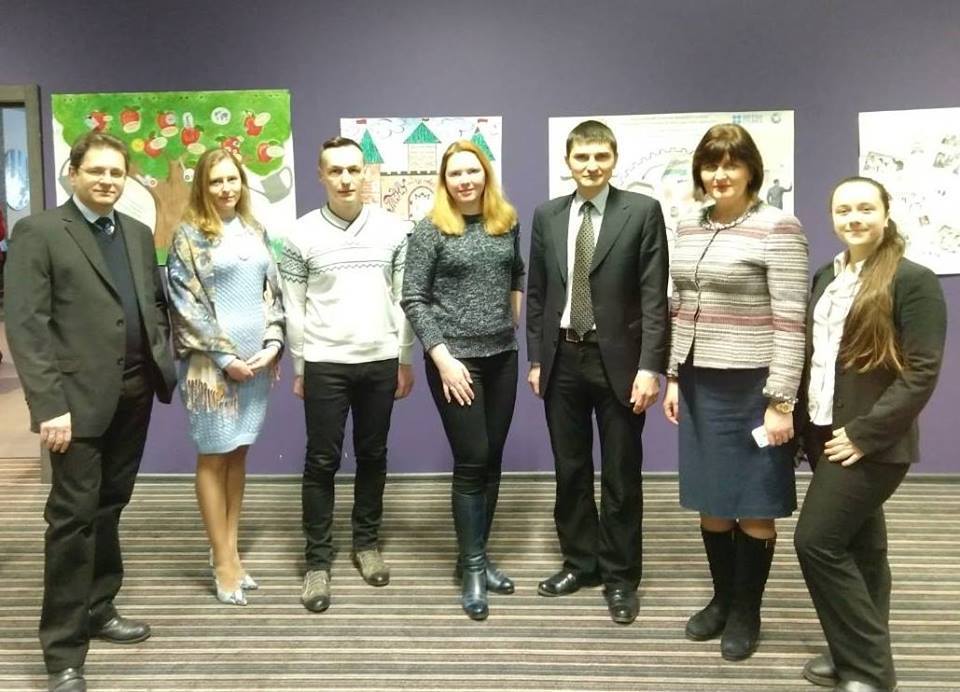 As we have already reported, Kryvyi Rih State Pedagogical University was selected to participate in the second stage of the Leadership Development Program of Ukrainian universities, conducted by the British Council in Ukraine in partnership with the Institute of Higher Education of the National Academy of Pedagogical Sciences of Ukraine. Kryvyi Rih Pedagogical University took part in this program with the project "Image of the University as a result of the formation of its social capital." The University was represented by a team consisting of Yaroslav Shramko (Rector of the University), Lyudmila Burman (Chairman of the Trade Union Committee), Andriy Tarasov (Deputy Dean of the Faculty of Geography, Tourism and History), Margarita Shirokova (Associate Professor of Sociology and Economics), Vyacheslav Tursky. ties), Elena Charkina (Associate Professor of Practical Psychology) and Svetlana Izvekova (student of the Faculty of Ukrainian Philology).

What was the cooperation of Kryvyi Rih State Pedagogical University with the British Council for the team members? The team members from our university shared their thoughts with the KSPU press center. 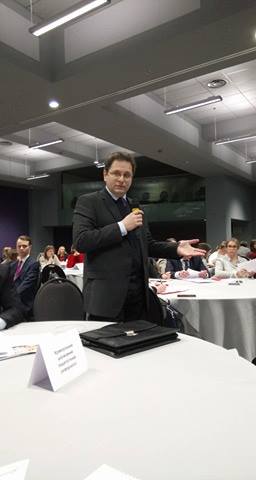 Comment by Y. Shramka: “It is important to realize that the right to participate in the program was chosen by our university in a serious competition, because in the second stage only 14 finalists were selected from more than 100 Ukrainian universities that submitted their projects. This testified to the high quality of the leadership potential of the Kryvyi Rih pedagogical school, which was fully realized during the project implementation and is the key to our further success. " 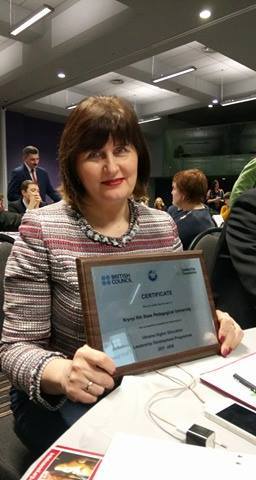 “I am extremely happy as a person who initiated the university's participation in this program and co-authored the project with Margarita Shirokova. I am sincerely glad that my and the team's efforts were justified. In the future, it is planned to create an Association of Universities participating in this program, which will include the Kryvyi Rih Pedagogical University, "- commented on her participation in the program Lyudmila Burman. 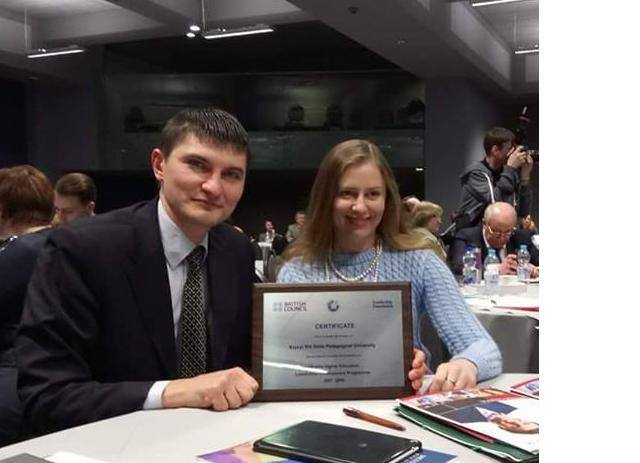 “For me, participation in the project and cooperation with the British Council is first of all a quality education, an opportunity to get acquainted with the experience of other universities and present the Kryvyi Rih Pedagogical University. Opportunity to get a charge of positive emotions, which is important for further work and personal and professional realization "- summed up Andrew Tarasov. 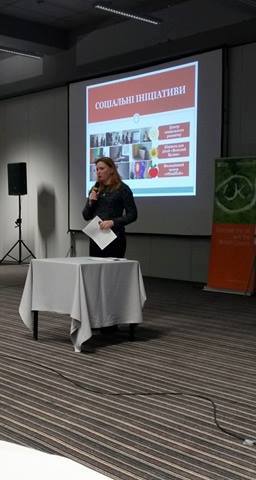 Margarita Shirokova reports on the year of work within the project

The general image of any organization is formed from many elements and at the same time in different planes, so during the work on the Project KSPU has implemented many interesting initiatives from landscaping, strengthening the presence in the media, creating a Youth Center, to educational events. such as the All-Ukrainian Youth Forum "University for Youth - Active Youth for University Development" and the Regional Seminar "Modern University: Management, Innovation, Leadership".

Congratulations to our team on receiving certificates and we do not want to stop there!

According to the British Council in Ukraine, Kryvyi Rih State Pedagogical University with the project "Image of the University as a result of its social capital formation" became one of the 14 participants in the Leadership Development Program of Ukrainian universities, launched on the basis of joint agreements of the Institute of Higher Education Council of Ukraine, Leadership Foundation for Higher Education (UK) and supported by the Ministry of Education and Science of Ukraine. The goal of the Program is to promote the reform of the higher education sector by developing the leadership potential of Ukrainian universities.

The project aims to find ways to transform the KSPU in the direction of creating a favorable image through the formation of its social capital. Among the activities to be implemented during the project are the development of the University Development Strategy until 2025, the development of a new business model of the university, development and implementation of targeted comprehensive programs aimed at forming the corporate culture of university staff and more.

The participation of our university in the program of the British Council will contribute to the further development of the university, its international cooperation and integration into the European educational space.