Master Performance of the Musical Works: Victory of KSPU Vocalists in the Creative Festival 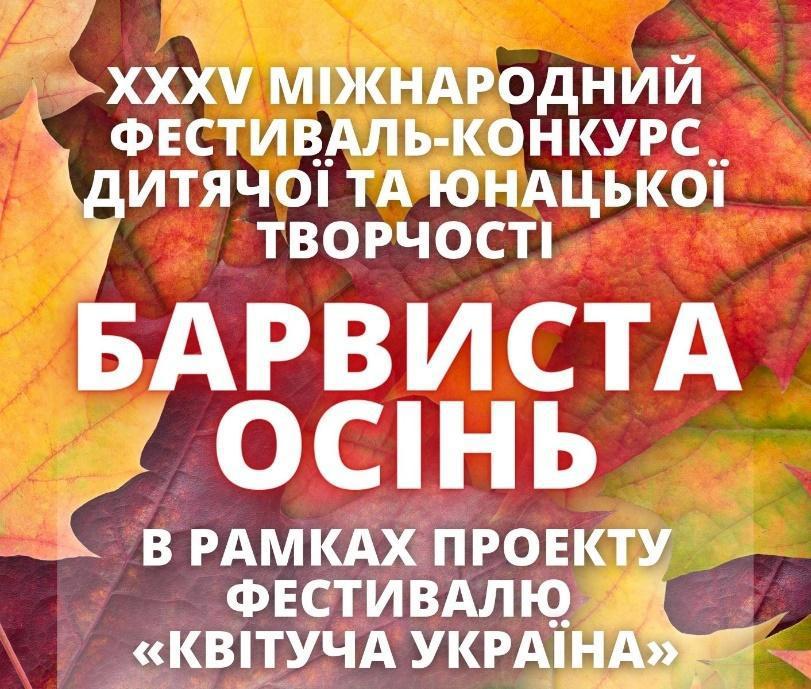 In the autumn of 2021, the International Festival-Competition of Children’s and Youth Creativity «Барвиста осінь» took place. It was organized within the project of the festival «Квітуча Україна». Students of the Compartment of Music and Choreography joined the festival. 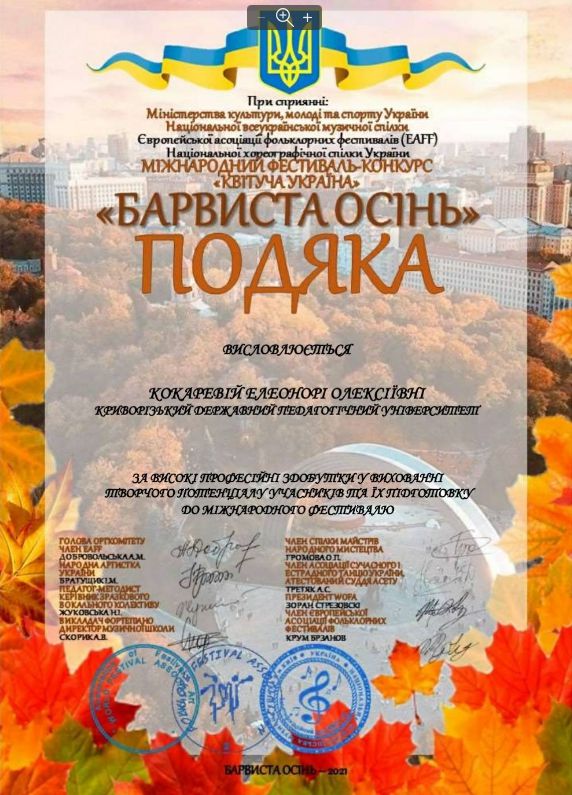 The competition was organized by the «Квітуча Україна» Festival Organizing Committee (Ukraine, Kyiv), the international festival movement “Stars Way” (Czech Republic, Prague) and “Galactic Travel” Agency (Greece, Thessaloniki) with the support of the Ministry of Culture of Ukraine.

Its purpose was to present the creative achievements of artistic groups and soloists; creating conditions for the spiritual and cultural development of children; establishing creative contacts, exchange of creative experience; demonstration of the performers’ skills and strengthening the friendship between talented young people. 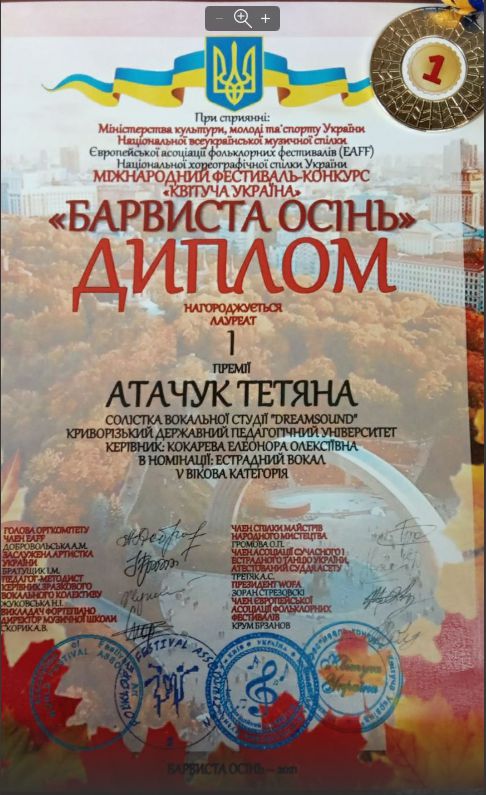 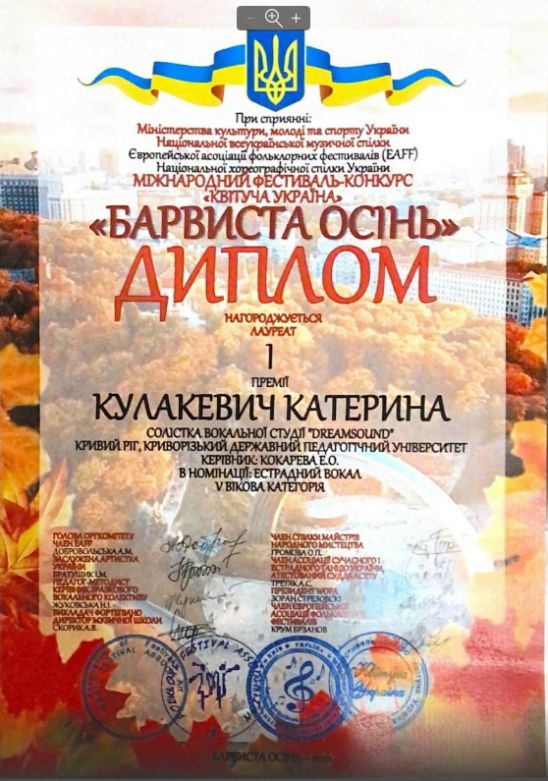 The performances of the contestants were evaluated by an international jury consisting of famous artists, teachers of creative disciplines, directors, leaders of creative teams, cultural and artistic figures as well as organizers of international festivals in Slovakia, Czech Republic, Hungary, Austria, Macedonia, Croatia, Bulgaria and Montenegro. 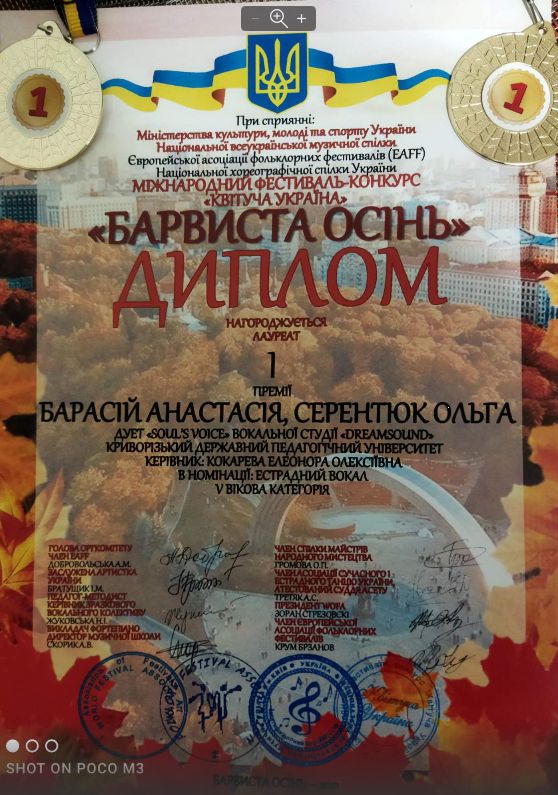 Participants of the vocal studio “DreamSound”, which is cared for by the Candidate of Pedagogical Sciences, Associate Professor of the Department of Music Education, Vocal and Choir Conducting E.O.Kokareva, joined the competition.

According to the results of this festival, the students of the Compartment of Music and Choreography were awarded diplomas of the laureates of the first degree in the following nominations:

We congratulate our talented young people and wish them a successful implementation of their creative ideas!