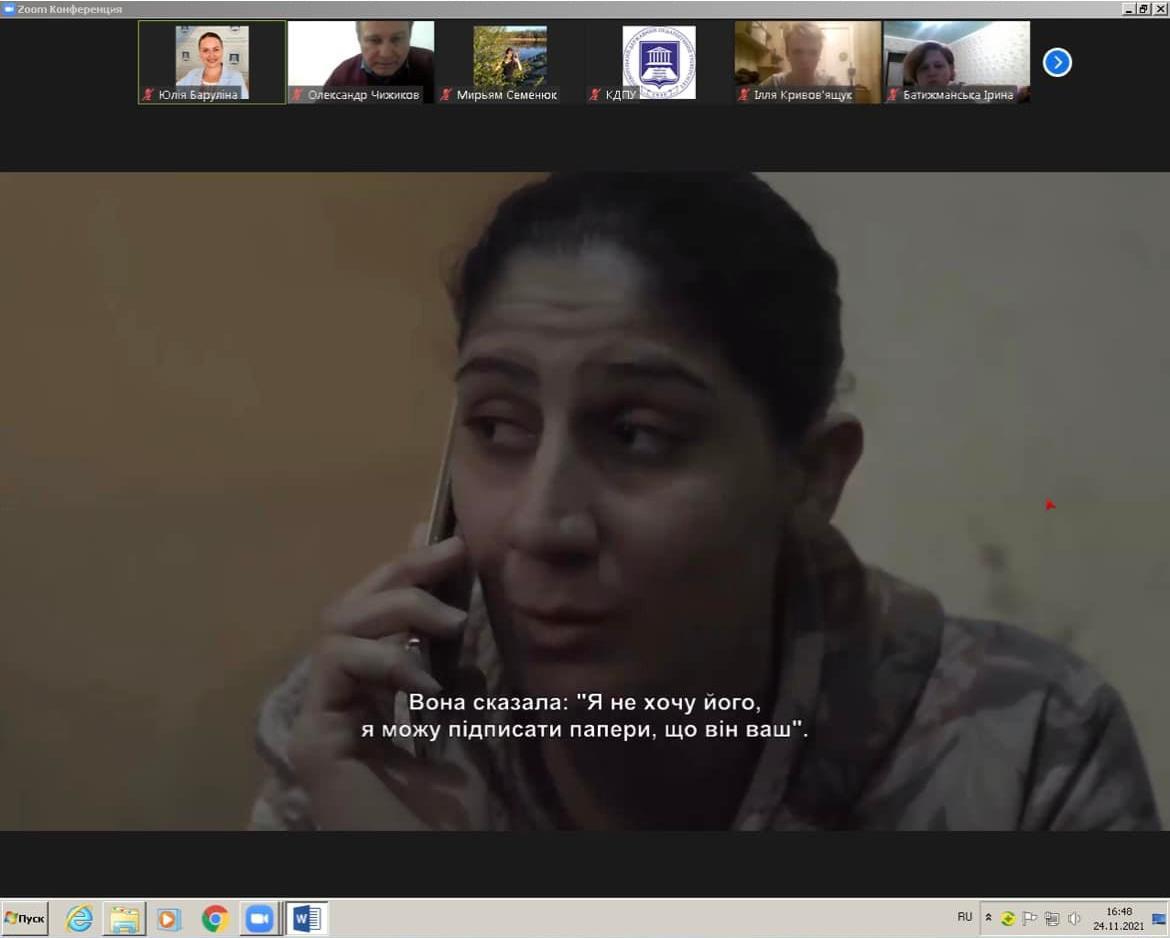 Despite quarantine restrictions, Kryvyi Rih State Pedagogical University lives a rich cultural and social life. Recently, the community of University joined a shared viewing and discussion of the documentary film. 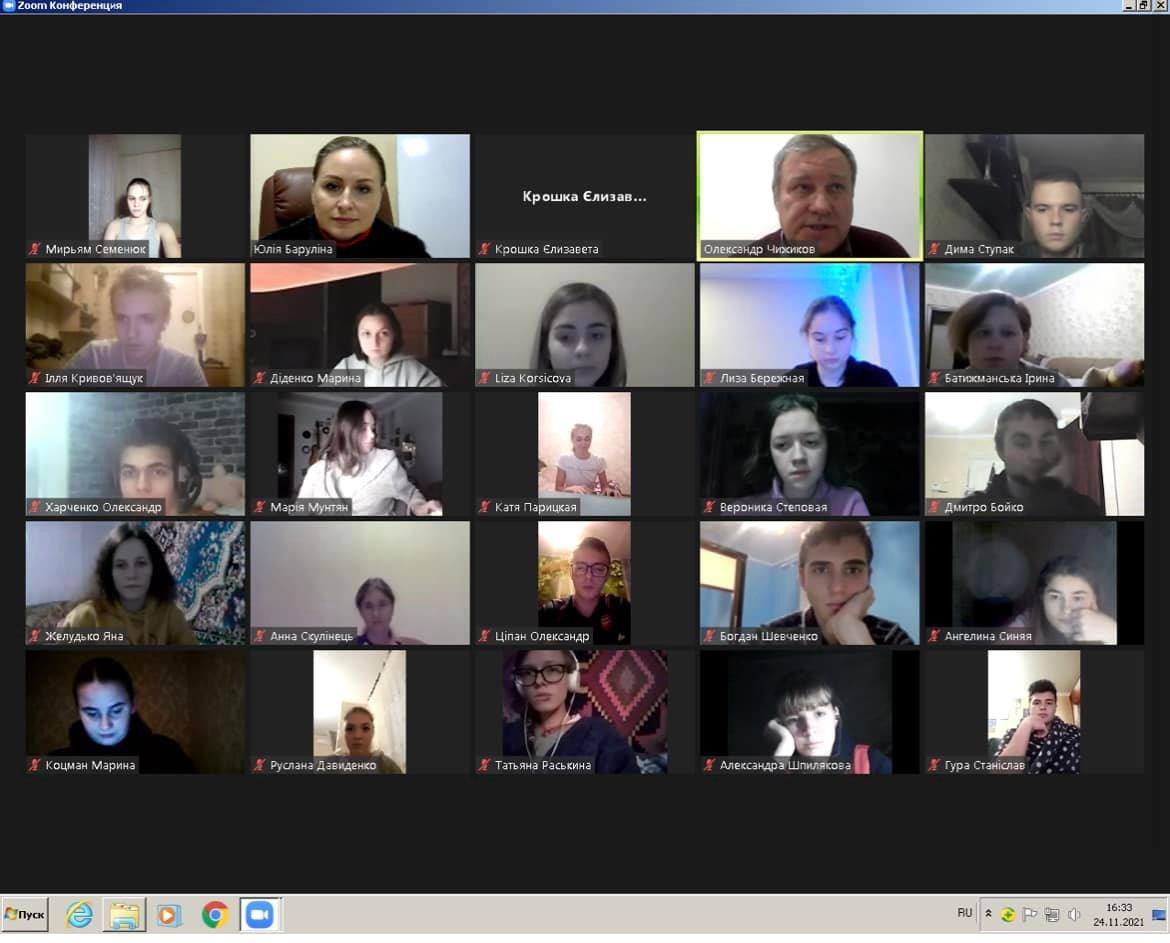 The Student Club together with the NGO «Криворізьке міське правозахисне товариство» within the action “16 days of active action against gender violence” organized a remote film screening. 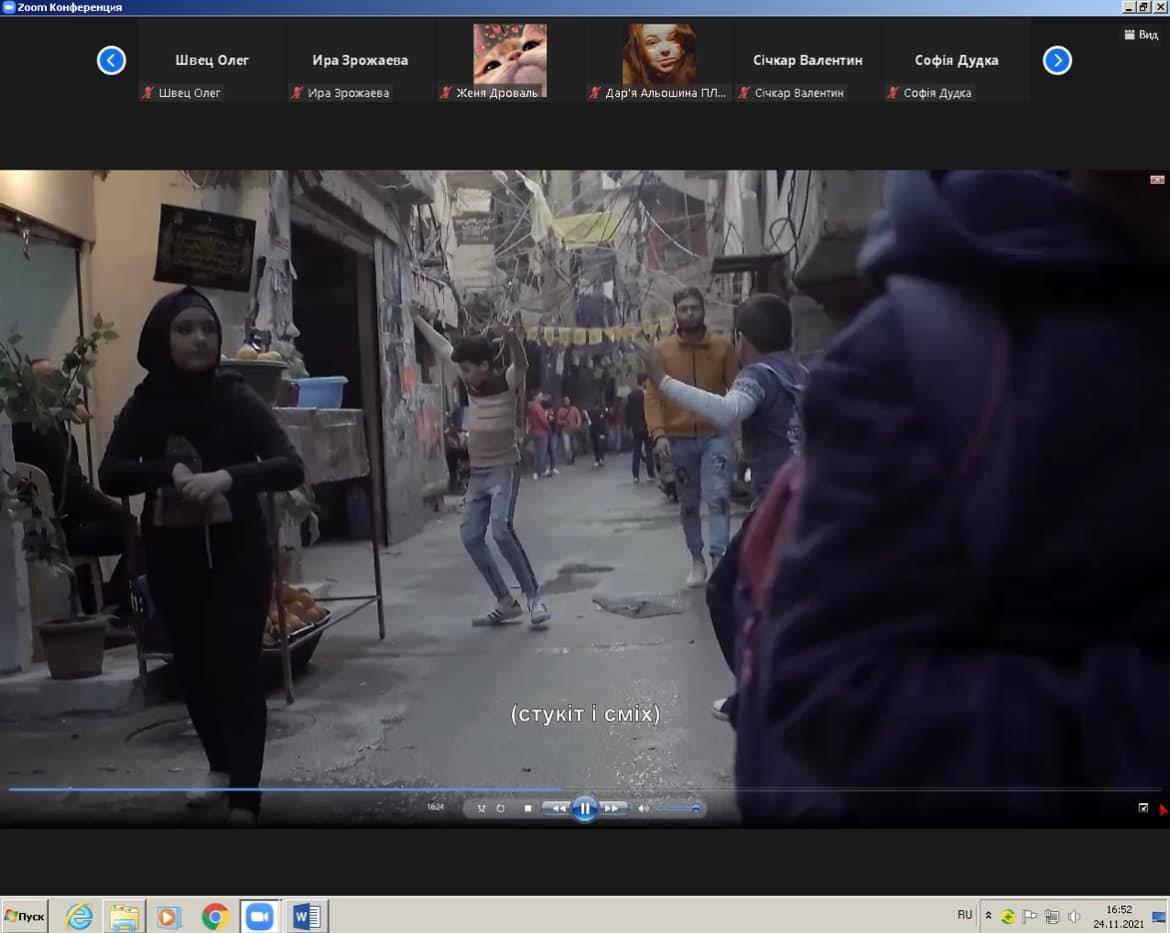 The online cinema has become the part of the XVIII Travelling International Documentary Film Festival on Human Rights “Docudays UA”. Students and staff of KSPU were invited to watch the documentary «Син вулиць». The event was held using the ZOOM remote conference platform. 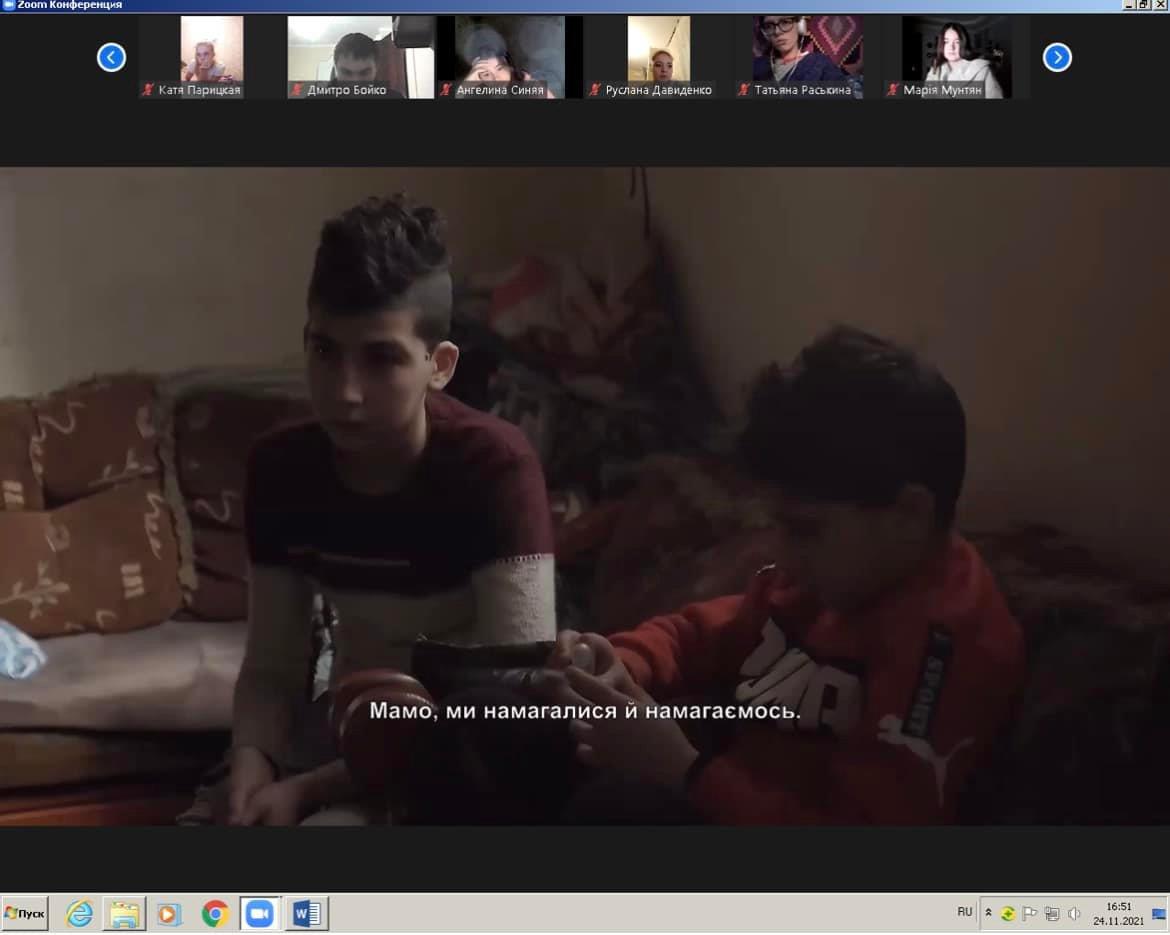 Acting Vice Rector for Research and Teaching Yuliia Barulina stressed the importance of this event, as the online interactive, offered to the community, has a positive impact on the professional and personal development of future teachers.

The film is based on the story of the family of a 13-year-old boy, Khodor, who is trying to get a certificate, as it will prove his existence and give him the right for education, access to medicine and movement outside of the Shatila Palestinian refugee camp in Beirut, Lebanon. On the way to his goal he reveals a lot of family secrets. 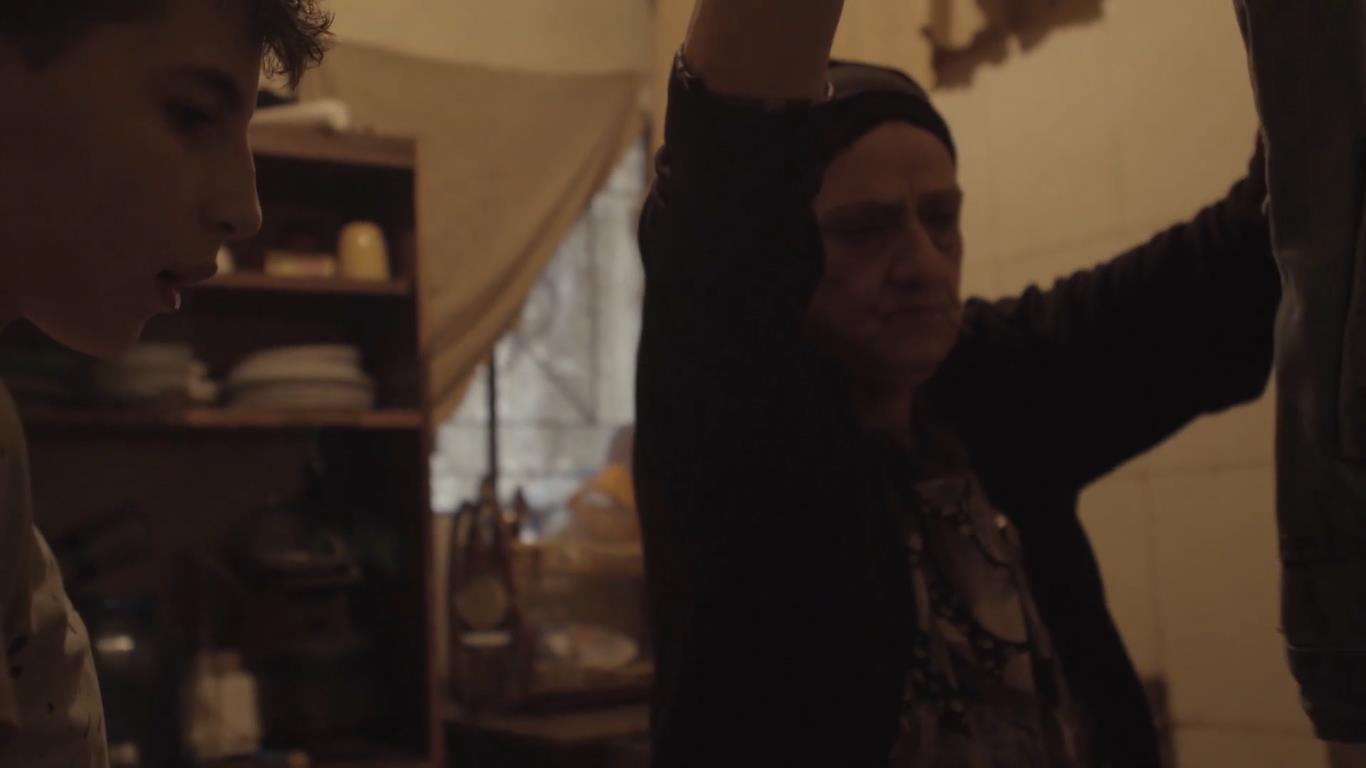 Fascinating story, acute social issues, class inequality – all these moments leave no one indifferent. After the watching, each viewer had the opportunity to share their own thoughts about what they saw. The documentary made a strong impression on those present and made them think about the social value of human rights and freedoms in a state governed by the rule of law.